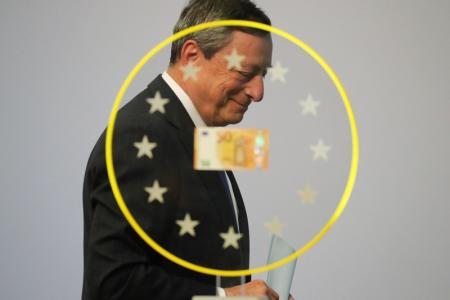 Mario Draghi has shown an overall hawkish tone during the press conference of the ECB in the month of may, judging the impact uptrend that can be seen on the Euro.

The president of the ECB stated that the economic data have proved to be slightly better than anticipated during the first quarter.

Draghi has, however, also pointed out that the weakness of international trade (in connection with the trade war) should lead to a growth that is less strong in Q2 and Q3.

This trend in slowing growth is then expected to continue, as the ECB has lowered its growth forecast 2020 from 1.6% to 1.4%.

Among the items more dovish, we can also points out that Draghi has stated at the session of question-and-answer that some ECB members have mentioned the possibility of a rate cut.

However, answering the question of whether there was a greater chance that the next movement in rates or a decrease than an increase, Draghi answered ” no “.

The minutes of the meeting of the ECB will therefore have to be monitored closely in a few weeks for more details about it, including the number of ECB members in favour of a rate cut.

On the forex, it will be noted that the press conference Draghi has led to a continued rise in the Euro, after it has already gained ground earlier in the face of the statement of the ECB from 13h45 also considered to be hawkish.

EUR/USD has thus marked a peak at 1.1308, but as in the previous test yesterday, the pair was quickly returned below this threshold.

The CAC 40 of his side returns to below the threshold level of 5300 points following the ECB meeting.