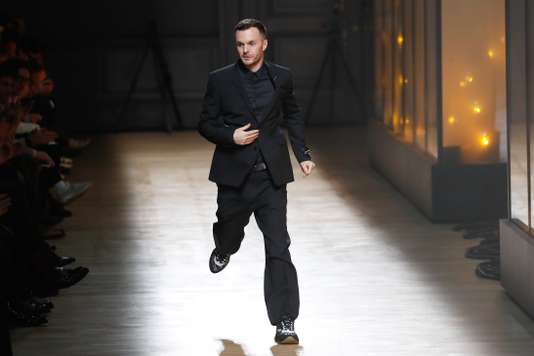 Christian Dior Couture, a subsidiary of LVMH, announced on Monday, march 19, the departure of Kris Van Assche as artistic director of Dior Homme. After 11 years at Dior, the belgian designer “will continue to exercise her creativity within the LVMH group,” says the company in a press release.

He will be replaced by Briton Kim Jones, a former artistic director of the collections men’s Louis Vuitton. Mr. Jones joined the Italian Pietro Beccari, a former marketing and communications director of Louis Vuitton, which has just been named CEO of Christian Dior Couture, replacing Sidney Toledano, who became president and CEO of the LVMH Fashion Group. “The first Dior Homme collection, Kim Jones will be presented in Paris next June, on the occasion of the week of the collections masculine,” says LVMH.

The successor to Hedi Slimane at Dior