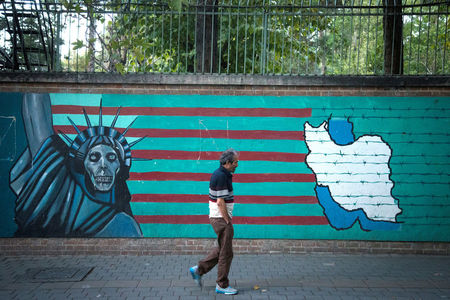 The United States has imposed on Monday sanctions on the Iranian supreme leader, ayatollah Ali Khamenei, and eight senior military commanders, aimed to deprive them of financial resources.

The secretary of the Treasury Steven Mnuchin has also stated that the financial restrictions would be imposed on the iranian foreign minister Javad Zarif later this week.

Following these announcements, Abbas Mousavi, the spokesman for the ministry of foreign Affairs of iran, said that “the sanctions futile against the iranian leader and the diplomat-in-chief of the country mean the permanent closure of the diplomatic channel with the government of the United States” .

“The government Trump is in the process of destroying all the international mechanisms established to maintain global peace and security “he added.

This morning, the iranian president Rouhani has chimed in, deeming the White House ” mentally retarded “, and considering the the United States are lying about their intentions to dialogue, as evidenced by the sanctions, according to him.

He also recalled that Iran has adopted a strategy of patience, but the country is not afraid of a conflict, recalling that the iranian airspace is ” a red line “.

It is noted that the penalties agreed upon last night will not have a significant impact on a country that is already in a recession and which is facing heavy sanctions from the United States.

The new sanctions are probably used especially of reprimand to be symbolic for the recent attacks, according to former Treasury officials cited by Bloomberg.

These sanctions come into effect in response to the fact that Iran had shot down a drone of the us navy, and also in the face of accusations of US attacks on tankers in the Gulf of Oman.

All of this, does not, therefore, anticipate an easing of the situation in the Middle East, and the prospect of a military action by US against Iran threat, therefore, always, which could maintain a certain pressure on the stock markets, and to support the gold, as well as the oil.