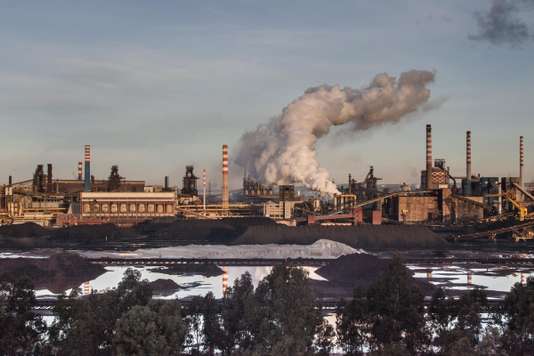 On the outer walls of the church San Francesco de Geronimo, in the centre of Taranto (Apulia), these few words were written in black paint : “O acciaio o the vita, devi scegliere” (” steel or life, it is necessary to choose “). How long is it there ? A day, a week, a year ? It is Impossible to know : none of the passers-by interviewed is able to tell. It summarizes, however, so clinical, the terrible dilemma faced for years, this city of 200,000 inhabitants in southern Italy, whose main resource is precisely what causes it to die.

In a certain way, it is to this impossible question that the 10 700 employees to the site of the ILVA of Taranto had to answer, in a referendum-house, which was held from September 10 to 13. Their verdict was almost unanimous, and no surprise. A 94 %, and with nearly 70 % of participating voters voted in favour of the recovery plan of the site made by the giant steel ArcelorMittal, entered into by an agreement with the Italian government, represented by the vice-prime minister Luigi Di Maio (Movement 5 Stars), September 6. Will begin in the next few days a long transitional phase. The site should remain under public control until 2023.

Five years suspended at least 4 billion euros of investment, the guaranteed employment for more than 10 000 people, 100 000 euros of compensation for those who wish to go… The employees could not dream of anything better.

Heavy tribute paid to the maintenance of the plant

“In Italy, in the past twenty years, I don’t see an example of a plan so generous,” should trade union leader Francesco Brigati (Fiom-CGIL), met in front of the entrances to the industrial site, forbidden to journalists. From where then comes this gravity that we can feel it in the air ? It is that it is difficult to have a light heart so that no one can ignore…