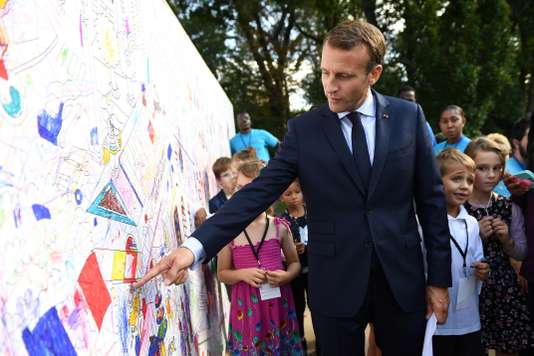 “Money crazy “, “You call me ‘Mr. president'”, ” The best way to pay off a tuxedo, this is working “… The five-year programme of Emmanuel Macron is punctuated with these “short phrases” spoken by the president of the Republic during informal discussions. And in a new approach to communications policy, they are sometimes even released by his team or relayed in the media.

Last example in date, Sunday 16 September, during an exchange with a young gardener in search of employment, came to visit the Elysee on the occasion of the european heritage Days : “I crossed the street, I found [the work],” he has launched Emmanuel Macron, referring to the numerous restaurants and cafés willing to hire ” people who are willing to work “.

VIDEO – Macron to a young unemployed person who can barely get a job : “I crossed the street I can find” #JEP2018 https://t.co/clfFlBuL52

View nearly two million times on Twitter, the sequence has been annotated and diverted many times by internet users, who emphasize the difficulty of finding work after a period of unemployment.