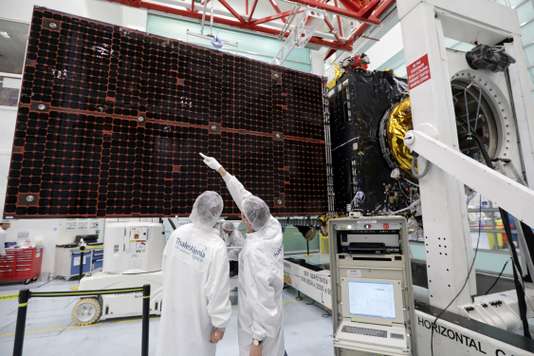 Funny mish-mash train ! While the mégafusion between the French Alstom and German Siemens Mobility is under review by the european Commission, a consortium composed of Thales and Siemens has won the 4 October, in the face of Alstom, the market of automation and centralised procurement of future subways 15, 16 and 17 of the Grand Paris Express, the largest urban transport project in Europe, for a total amount of 360 million euros over fifteen years. Thales, all alone this time, has also been entrusted with the design of the information systems onboard of the same metros.

The episode came to remind the good memory of the observers of the sector the existence of Thales, the other flagship tricolour of the railway, including the transport branch (1.7 billion euros of revenue in 2017) is almost ten times less imposing than the future giant Siemens-Alstom (approximately 16 billion turnover). How is positioning itself to Thales in the face of this new competition ?

“This reconciliation does not change large-thing for us, ensures Patrice Caine, CEO of Thales. Alstom and Siemens are competitors very respectable, and, inevitably, we will be attentive to their future initiatives. But I can assure you that we don’t build our strategy based on what others are doing. “At Thales, we recall that the size difference is primarily due to the fact that the group does not manufacture, and therefore does not sell, rolling stock. Or locomotives, or cars, or subways, or streetcars to Thales, therefore, but only the technology and the services that go with it.

A reference in the defence and aerospace

“Thales is able to provide the technological solutions of an expert group in secure connectivity, artificial intelligence, big data and cybersecurity,” says Mr. Caine. In effect, the gap size is blurred if one considers Thales in its entirety :…