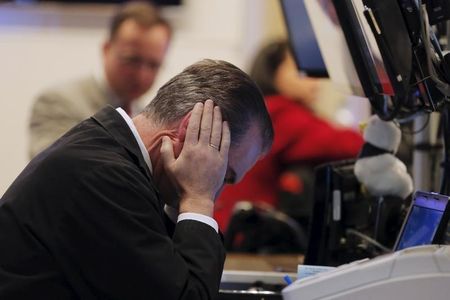 Corporate profits are historically high, but the investment is low, especially as some large businesses often prefer to use their profits to buy back their own shares to manipulate the stock price.

It is this theme that we will address in this article.

Share repurchases in the u.s. have been illegal until 1982, precisely to prevent market manipulation. However, since 1982, legalization has led to share buy-backs and dividends for the companies in the S&P 500 that have achieved a rate of distribution of 90% of the net profit for the period 2002-2018. Since the financial crisis of 2008, the companies in the S&P 500 have bought back about 20% of their current market capitalization.

Goldman Sachs (NYSE:GS) predicts that u.s. companies will spend a record $ 940 billion dollars in redemptions in 2019, an incredible increase of 16 % compared to the record year previous, 2018.

Given that the volume of trading on the u.s. stock markets in 2019 is less than about 1/3 of the long-term average, we can assume that the volume of repurchases has largely contributed to the increase in prices in the first quarter of 2019.

But why companies buy back their own stock at an unprecedented scale, instead of investing in the development of new products and markets, as in all phases of previous economic ?

The reason by far the most important is that most of the members of the boards of directors are judged according to how they have increased the price of their shares and for which they paid with bonuses in shares. They therefore have a vested interest to do everything in their power to increase the share price. And with nothing better to do this as a planned process and controllable redemptions of shares.

It is outrageous that transfers of profits are made in tax havens in order to manipulate stock markets by buying back shares. But the biggest scandal is that all this can happen legally, although simple laws can prevent this to protect the company.

The situation here is very similar to that of the swiss banking secrecy, which has often been used indecent manner in the past. For several hundred years, fraudsters have been able to count on bank secrecy. However, under the Obama administration, the banking secrecy has been lifted from the us authorities a few months. Following the threats of the United States to pursue eleven swiss banks for aiding and abetting tax evasion, Switzerland has adopted in march 2012, after brief negotiations, the Foreign Account Tax Compliance Act of the United States. This shows that even such abuse can sometimes be fixed very quickly if there is the will to do so.

It is to be hoped that the inability to reform and the failure policy will not lead to tax havens and redemptions of shares exist legally as long as the swiss banking secrecy.