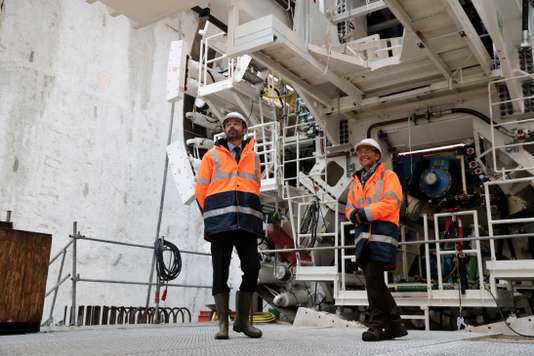 The future president of the management board of the Société du Grand Paris (SGP), in charge of creating the supermétro of the town, would have dreamed of home less hectic : the presidents of the seven departments of Ile-de-France intend to vote against the appointment of Thierry Dallard, to the best of refrain, in the course of the supervisory board scheduled Monday, April 9. No what to block the decision : the State has the majority of votes.

The name of Mr. Dallard, an engineer graduate of the 52-year-old, recognized for her experience in project management and infrastructure financing, has been proposed by the State on march 23, to succeed Philippe Yvin. The latter pays the polemic on the excesses of the costs of the Grand Paris Express, the invoice forecast is increased from 19 billion euros in 2010 to more than 35 billion euros.

“We can’t approve a nomination for which our communities have never been consulted,” explains François Durovray, chair (LR) of the departmental council of Essonne. Beyond the choice of Mr. Dallard, this opposition marks a serious crisis of confidence between local officials and the State. At issue : the decision of the prime minister, Edouard Philippe, to delay by several years the entry into service of a large part of the network of 200 km underground and 68 stations.

“We never got the communication of the documents justifying these delays “, said Mr Durovray. The presidents of the departments and the region Ile-de-France, which had denounced the march 22, at the end of the previous supervisory board, of the information “shockingly deficient” and “casually offensive” of the State, have sent a letter to the prime minister, Wednesday, April 4, to ask for the evidence to justify the carry forward of timetable. And require an independent audit on the accounts and a parliamentary commission of inquiry.