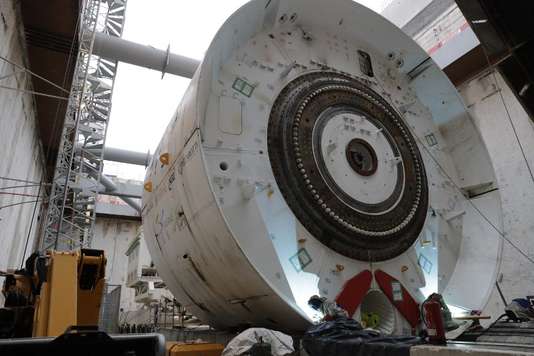 More than sixty mayors and elected representatives of the Seine-Saint-Denis, of all political persuasions, have sent Thursday, may 31, an open letter to the president of the Republic to protest against the delay announced the Grand Paris Express. They have pointed out his repeated pledge to fight against “the residency” by fostering mobility.
“Poor transport ”

In February, the government announced a new timetable for the completion of the metro of Grand Paris, in order to avoid a slippage of the costs of these 200 kilometres of lines, 68 stations and 7 technical centers. Thus he had set two priorities : the lines “that benefit the largest number of ile-de-france” and ” necessary for the proper conduct of the olympic Games of 2024 “, and the line 16 between le Bourget RER-and the future train station of Clichy-Montfermeil, which will open up the cities susceptible to these common.

Grand Paris Express : the government fixed the new calendar to the site

But this new schedule is far from having assured the elected representatives of the Seine-Saint-Denis, who believe their department is ” particularly affected by this recalibration, since the lines 15, 16 and 17 shall [the] serve take five to six years of delay “. They are also concerned about delays on lines 11, 12 and 14, as well as on tram lines and remind us that ” these new infrastructures are crucial for our department, which has long been the poor relation of transport mode heavy in the Île-de-France “