Fingerprint Cards ceo Christian Fredrikson repeat the assessment on the stocks in the value chain that affected the company significantly negative in recent quarters, should be back on normal levels at the end of the second quarter.

”As we have previously said, we expect that inventories in the value chain shall be normalized at the end of this quarter,” says Christian Fredrikson in an interview with Redeye, which analysfirman laid out on its website on Friday.

Christian Fredrikson is currently on a business trip in China and visiting customers, partners, and ”take the pulse of the market”.

Redeyes analysts Viktor Westman also points out that it seems that there have been fewer launches of phones with Fingerprint Cards sensors so far this year.

Christian Fredrikson explains that the Fingerprint Cards are trying to communicate all of launches the company has permission from the customers to go out with.

”They can therefore give a good picture of our customer base but it is not a good measure of market shares as the customers ‘ strategy when it comes to launch dates and how many variants to launch varies,” he says, and says that several of the company’s customers have launched significantly fewer variants in the year and explains that the statistics then can look a bit strange.

He also points out that it is not the number of models market shares are calculated on, but the volume of phones that are sensorförsedda.

”We remain the market leader and appreciate still our market share is around 50 percent,” says Christian Fredrikson. 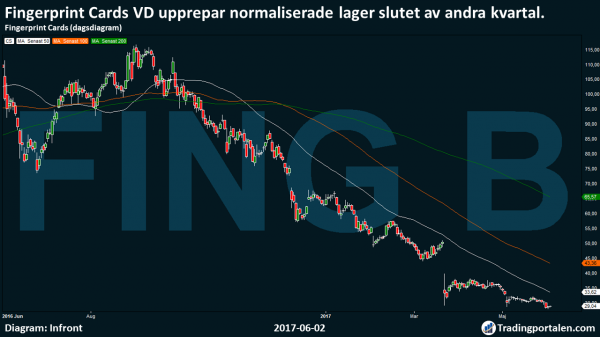