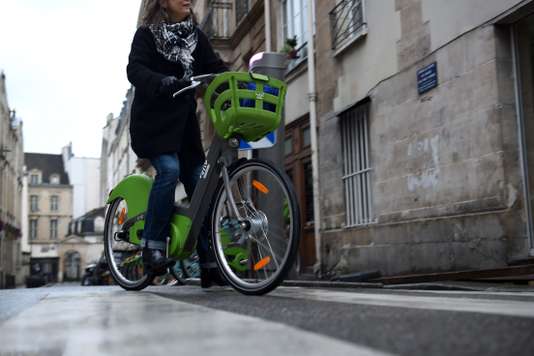 Coated black, white stripes perfectly drawn, borders protection, the all new bike lanes of Paris are superb. But, in this early January cold and grey, they remain under-used. Not only because of the weather : the subscribers to the Vélib’, which are, in normal times, 40 % of cyclists, are absent.

The new Velib’, which was supposed to deploy from the 1st January in the streets of the capital and 67 other municipalities in the Ile-de-France, a meeting of serious malfunction. Initially, 600 stations had to be installed in Paris at the beginning of the year, a number reduced to 300 by the end of 2017 when the first difficulties began to manifest themselves.

Thus, the day of the New Year, only 64 stations were identified on the site velib-metropole.fr and some of them were not active : there was no bike… Ten days later, the situation has barely improved. Sixty-eight of the stations were operational on 10 January in the evening. The operator Smovengo, who was delighted that in April 2017 the market at JCDecaux, dealer since 2007, ensures that the implementation will accelerate, with the opening of ” 60 to 80 stations each week.”

An ambition which is doubted by the website velib.nocle.fr, which takes into a count a rigorous but non-official stations in service. “To achieve the rate of 80 per week, it would take 11 or 12 new stations per day (including Sundays),” notes the creator of this platform, ” JonathanMM “, a ” geek single 26-year-old “, as he defines himself on his Twitter account.

The failure begins to see. The opposition to the mayor (PS) of Paris, Anne Hidalgo, has stepped into the breach. The elected Republicans in the Council of Paris denounced it as ” a fiasco “, while the group UDI-MoDem evokes ” the chronicle of a disaster foretold “. On Twitter, the conceiving itself…