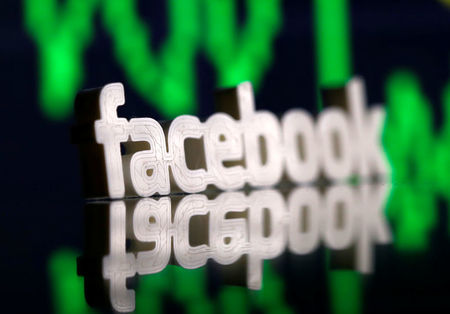 Facebook (NASDAQ:FB) will unveil this Tuesday morning in the United States the details of its crypto-currency, the GlobalCoin, derived from the project is Libra, and the least we can say is that the excitement is at its peak.

For Facebook of course, but also for the whole market for cryptos, experts are anticipating a possible decisive impact for the industry of crypto-currencies as a whole.

Thus, the increase of more than 4% posted yesterday by Facebook is to link directly to the optimism of the market in relation to the entry of the company in the space of crypto-currencies.

According to information from the Wall Street Journal and other sources, Facebook has partnered with companies such as Uber (NYSE:UBER), Visa (NYSE:V) and PayPal, to create his crypto-currencies, which will be a stablecoin backed against a basket of currencies.

The initiative is led by David Marcus, previously head of Facebook Messenger. He was president of PayPal before joining Facebook.

But the details are rather rare beyond this, and several key findings should therefore be presented today.

This does not preclude the analysts already see a good eye the project of Facebook, saying it could open the way for new sources of revenue outside its core business of digital advertising.

“We believe that this is a major move for Facebook, which has the potential to bring to the fore in fields other than advertising, including trade and financial services, which will greatly expand its growth prospects and markets addressable,” said analysts at SunTrust in a research note this week.

Beyond have results that are potentially very positive on the action to Facebook, the launch of this new crypto-currency could also have an effect on the Bitcoin and the market as a whole crypto-currencies.

Many experts believe that Facebook will help with his crypto-currency to promote the adoption of mass of the cryptos for the general public.

In fact, after an initial contact more or less forced with the crypto-currencies via Facebook, the more than 2 billion users of the social network will be more aware of the benefits of crypto-currencies and will be introduced to their operation.

It will be so much easier to imagine then the public is put to use massively the other crypto-currencies, and in this case, the Bitcoin will be first in line.

There can be no doubt, the recent rise of the Bitcoin is at least in part due to these expectations, and some of the details that will be unveiled today by Facebook could magnify this impact.