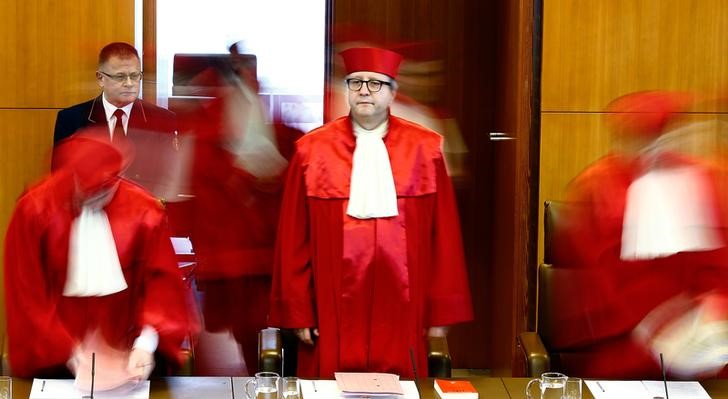 The pair suffered the double effect of a comprehensive strengthening of the Dollar on the Forex, as well as a critical judgment towards the QE the ECB on the part of the German Constitutional Court.

The highest German court said on Tuesday that the European Central Bank had exceeded its powers by launching a massive effort of quantitative easing in 2015, and ordered the German government to “take active measures” against the program in its current form.

In this judgment, which is a surprise, the federal constitutional Court has approved a previous ruling of the Court of justice of the european Union according to which the “purchase program in the public sector” was not a form of “monetary financing” of governments by the central bank, as is explicitly prohibited by the founding treaty of the euro zone.

However, it has another side felt that the ECB had violated its obligation to act “proportionately” and that it had to take account of the economic consequences of its actions.

Note that the decision of the court of Karlsruhe does not legally bind the ECB, which is not subject to the courts of the member States in the conduct of its monetary policy.

The cooperation of the Bundesbank is not even required to implement the bond purchasing program : purchases of assets may be carried out by other national central banks.

But this does not mean that the judgment today will not have consequences.

In effect, the decision of the constitutional Court will strengthen the opposition to the action of the ECB in Germany, at a time when the ruling conservative party is in the process of choosing the successor of chancellor Angela Merkel.

More importantly, it could limit the ability of the ECB to take more action. In addition to the PSPP, the central bank has launched an additional program specific to the pandemic, planning to buy 750 billion euros of bonds this year to help cushion the consequences of the virus.

The German court explicitly stated that this last program is not affected by today’s decision. But the theoretical limits which it defines as any asset purchase program clearly show how it would decide on the purchase of obligations related to the pandemic. This may limit the ability of the ECB to increase beyond its current levels.

But most importantly, the decision illustrates once more how the monetary union is still incomplete, and to what extent the solidarity economic default in Europe, and this justifies the decline of the Euro today.

From a graphical point of view, it will be recalled that the pair EUR/USD has broken below the moving average 100 hours yesterday in the late afternoon, and then consolidated under it, before resuming its decline this morning.