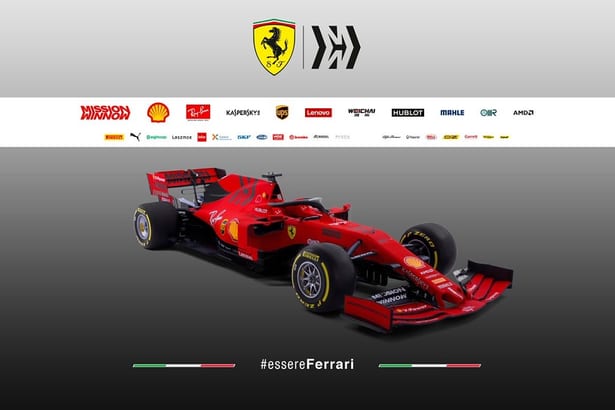 The Scuderia Ferrari has presented last Friday its new look single seater Formula 1® 2019, which included the unveiling of the EightCap, the broker australian Forex and CFD’s as an official sponsor.

EightCap has partnered with Scuderia Ferrari for the seasons in 2019 and 2020 of Formula 1®. The Scuderia Ferrari leads the new logo EightCap on the front fenders of two cars for two seasons.

Joel Murphy, president and CEO of EightCap, said he was delighted that EightCap has been chosen as one of the main sponsors of the team.

“Ferrari is the Formula 1 team’s most successful since the beginning of the series and is recognised worldwide as one of the leading car manufacturers. At EightCap, we aim to strengthen the global reach of our brand and continue to improve the trading experience of our clients.

It is fantastic to see our company represented on the fast track and I look forward to this new partnership is exciting with anticipation. “

EightCap will be the only australian company to line up with the Scuderia Ferrari before the Australian Grand Prix in Melbourne.

The launch’s inaugural season F1® will be held in Melbourne on 13 march, before the race on 17 march, where the 10 teams and 20 drivers will compete.

EightCap is optimistic for a home win. Scuderia Ferrari is already among the best-performing players of the trials of preseason this week in Barcelona. Charles Leclerc has recorded the best time.

Incorporated in 2009 and based in Melbourne, Australia, EightCap provides access to trade on a wide range of financial markets. Regulated by the Commission, the australian securities and investments (ASIC) and providing access to the platform MT4 and MT5. EightCap allows for the negotiation of more than 200 instruments, including currencies, indices, shares, commodities and crypto-currency.