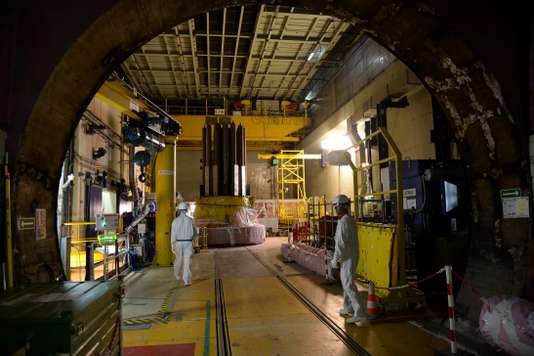 Numbers a global nuclear energy and environmental services are partnering in the management and treatment of waste and radioactive elements in plants. EDF and Veolia have signed, Tuesday, June 26, at the Salon world of the nuclear meeting in Villepinte (Seine-Saint-Denis), an agreement on two major partnerships.

The first provides for the joint development of solutions for tele-operation (robots) to dismantle the six reactors of the supply chain of Natural Uranium Graphite Gas (UNGG) in Bugey (Ain), Chinon (Indre-et-Loire) and Saint-Laurent-des-Eaux (Loir-et-Cher), the technology developed in the 1950s and 1960s before France acquires the license of pressurized water reactors (PWRS) of the american Westinghouse in 1970.

Steps have already been taken on these complex installations and EDF confirms its objective of destroying ” in a timeframe as short as possible “. Veolia will put at the disposal of the nuclear group her experience of the technologies of remote interventions (robotics) to design and implement solutions to allow access to the heart of the six reactors, cut out the tank and extract the components ” in conditions of safety and optimum security “, he says.

The second component of the agreement is broader. Veolia will be put at the disposal of EDF’s a technique called GeoMelt, which helps trap the waste of very low, low and medium activity in the glass in order to be able to store and transport them more safely. This may include, for example, pieces of the vessel of the first REP dismantled by EDF on the site of Chooz (Ardennes). These wastes are 0.1% of the radioactivity… but 98 % of the volumes to be processed.