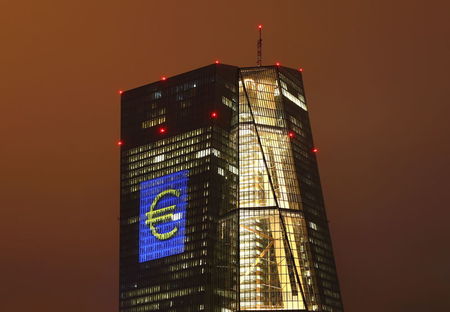 At its June meeting last Thursday, the ECB stated that interest rates would remain “at current levels” until the second semetre 2020.

But Draghi also announced that the members of the ECB had initiated a discussion about possible rate cuts or a new QE to boost inflation.

However, the Euro had not been affected, because this commitment to do more seemed a little firm, and has been offset by a more hawkish as the raising of growth forecasts. Thus it was that at final the bull who had taken the hand on EUR/USD in the face of the ECB meeting.

However, it should be noted that since more information tends to suggest that a rate cut from the ECB, and/or a new QE is not a possibility so remote that the market seems to believe.

According to Reuters, two sources close to discussions of the ECB have stated that a rate cut was definitely possible if the EU economy is to stagnate after a growth of 0.4% in the first quarter of 2019.

“If inflation and growth are slowing, a rate cut is justified,” said one of the sources.

The sources from Reuters also stated that to the extent that the rates are already the lowest in Europe, the ECB’s decision to lower its rates would be especially intended to counteract a rise of the Euro, rather than intended to influence the cost of financing the real.

Officially, the ECB is not formally a particular exchange rate, and Draghi has often reiterated that the management of the course of the Euro is not part of the mandate of the ECB. However, it has also long been pointed out that the currency is a crucial factor in financing conditions.

According to the source of Reuters, a euro at $ 1.15 would still be tolerable for some, but for $ 1.20 would be a critical level to watch.

To summarize, it would seem, therefore, that a new slowdown in european growth in Q2, coupled with an increase in the region of 1.20 for EUR/USD are the factors that can potentially realize the possibilities of rate reduction by the ECB.