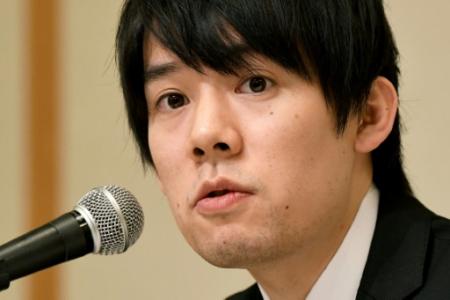 The president of the platform for the exchange of cryptomonnaies Coincheck, Koichiro Wada, during a press conference in Tokyo, on 8 march 2018 (Photo by TORU YAMANAKA. AFP)

The platform japanese exchange cryptomonnaies Coincheck has announced on Tuesday to have refunded to its customers to the tune of more than € 350 million, more than a month after you have been a victim of hacking massive.

On the 26th of January, in the space of one night, Coincheck had seen fly out of the assets in cryptomonnaie NEM equivalent to 58 billion yen (442 million euros), to this day the flight is the most important in the history of the virtual currency, after the one suffered by the platform of the japanese bitcoins MtGox in 2014.

The company had then promised to return the money to cover 260,000 customers affected based on the course at that time, or 46.6 billion yen (355 million euros).

“The procedures are completed”, said to AFP a spokesman of the company, Yosuke Imai.

In February, seven plaintiffs – two companies and five individuals – had filed a complaint in Tokyo, demanding the payment of 19.53 million yen (about 150,000 euros) for the assets they have stolen, and additional compensation for the interest lost as a result of the incident.

After the scandal MtGox, Japan adopted a law, which came into effect in 2017, by imposing on managers of companies in the sector to register with the Agency in financial services.

Coincheck had not yet obtained such a licence but had received permission to continue to operate pending a decision of the regulators.

Since this case, the japanese authorities have strengthened controls on the sector and conducted searches in several companies.

On Thursday, they ordered two other platforms local to temporarily cease their operations after having noted deficiencies in terms of security, and required five other companies to improve their practices, Coincheck, which had already been sanctioned at the end of January.