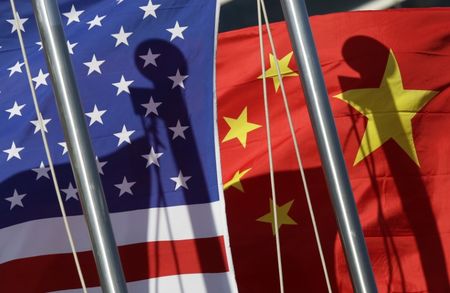 The weekend was rich in information in regard to the trade war China-USA.

We therefore offer below a quick update of the most recent developments and important comments in this folder :

When Donald Trump had suddenly increased the customs duties on $ 250 billion of imports from China at the beginning of the month of may, China had announced on may 13, new tariffs (from 5-10% to 20-25%) on $ 60 billion of products US imported from China. This increase in tariffs is effective from Saturday.

A report by the chinese government has set several requirements for a trade agreement with the United States is possible.

Among the most important conditions include the removal of tariffs additional, realistic expectations of the United States of raw materials purchases of agricultural products US China, and a general fairness in the agreement.

This White Paper therefore confirms the position newly very firm in China in its negotiations with the US, confirming the prospect of an economic conflict which should settle in the long term.

According to the Xinhua news agency, the chinese government has launched an investigation into FedEx, souspçonnée to undermine “the legitimate interests and rights of chinese customers,” after the logistics specialist had failed to deliver two parcels addressed to Huawei.

It is without a doubt a new warning to China that the companies that apply the requirements of US ban Huawei may be subject to sanctions in china.

Hu Xijin, editor-in-chief of the chinese newspaper Global Times, highly followed by analysts and journalists in the framework of the trade war because considered close to the thinking of the chinese government, said :

In a note published Monday, the bank Goldman Sachs announces anticipate now a 60% chance that the United States apply tariffs of 10% on the $ 300 billion of chinese products imported by the United States that have not yet been affected by the new tariffs.

In its previous update the probability predicted by Goldman Sachs was only 40%.

Note that the bank is anticipating that by the introduction of a tax on all vehicle imports to the United States, with a probability of 40% against 25% previously.

According to Chetan Ahya, chief economist and director of global economics at Morgan Stanley, a recession could begin within nine months if the president, Donald Trump is imposing customs duties of 25 % on 300 billion of chinese exports, and China’s response with its own counter-measures.