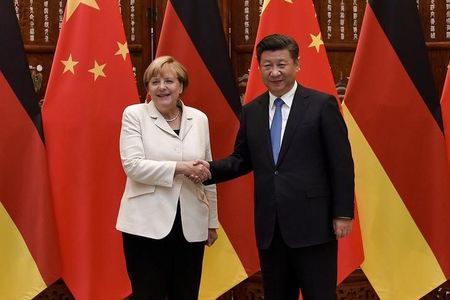 according To information obtained by the South China Morning Post, China would have actively communicated with the EU, Germany, Great Britain, France and Italy to inquire about their potential reaction and their intentions toward China in the case where the meeting Trump-Xi scheduled this weekend proved to be a failure.

“The chinese ambassador were very willing to engage in discussions with officials in Europe prior to the G20 summit – from London to Brussels until at the UN headquarters in New York,” said one of the sources of the newspaper.

“They have given the impression that China and Europe could work together to keep Trump at the table of negotiations,” stated the sources.

This clearly implies that China is concerned about Trump turning his back to the negotiations and resume the war of words.

The newspaper also states that the United Kingdom and Italy have responded positively to the contacts engaged by China, while other european countries contacted were more skeptical.

In the Face of this behavior from China, the question to ask is whether it simply prepares for all eventualities, which is understandable when you negotiate with Trump, or if she is preparing to come to the negotiating table without any new proposal, in which case a negative reaction Trump will already be more or less guarantee…

Note that no later than today, the president, Trump stated on Fox Business that an agreement with China would involve compulsory measures concerning the protection of intellectual property and a greater opening of the chinese market, which would require amendments to the law to which China has shown itself very reluctant.