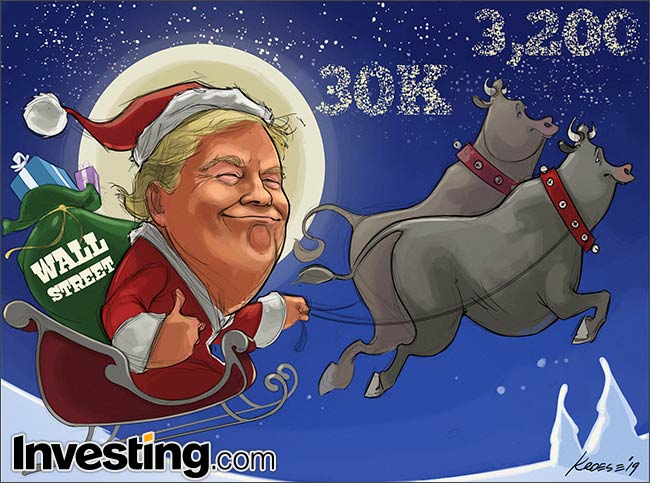 The u.s. indices started the session in the small rise on Thursday, the market is seemingly no longer the most quiet, as we head towards the end of year holidays next week.

The S&P 500 has put an end to a series of five days of gains on Wednesday, but he still managed to hold near historic highs around the level of 3 200 points.

The benchmark index has gained over 27 per cent so far this year, steadily increasing, except during two months, as investors have welcomed the progress in trade relations between Washington and Beijing, the three interest-rate cuts by the federal Reserve and economic data encourages optimism.

During this time, the Dow Jones Industrial Average also reached a new record high on Monday. The index fluctuates currently around 28 300 points, after rising more than 21% since the beginning of the year. It seems that there are few obstacles to this as the Dow reaches 30,000.

Market participants are hoping that Father Christmas will keep his promises during his traditional year-end rally. Since 1950, no month has experienced an average return that is higher or has done more often increase as December.

See also the history of the cartoons weekly Investing.com