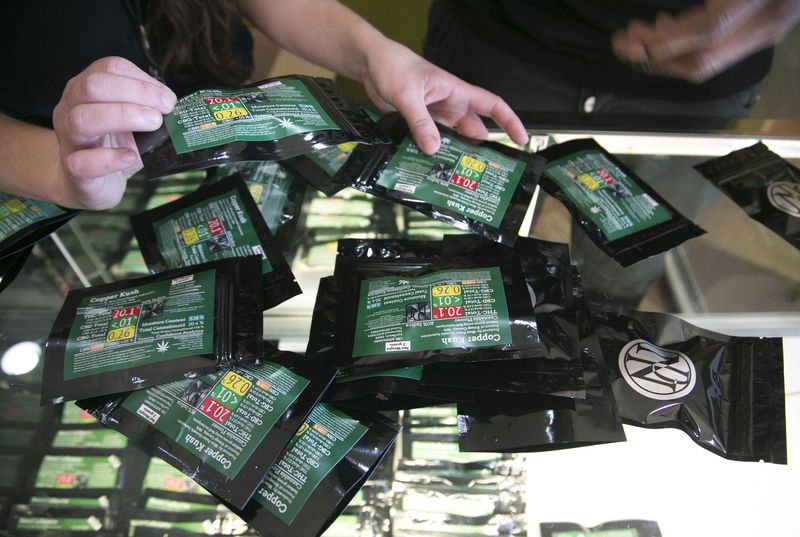 The sector of the Cannabis catches fire this week, after several months of depression, in a rebound for a lot of Marijuana growers, and led by Canopy Growth (TSX:WEED).

An analytical note Bank of America (NYSE:BAC), published yesterday, concerning this society, but in the end was valid for the whole sector, seems to be the origin of the movement.

According to the bank, the shares of the producer of Cannabis Canopy Growth have plunged in recent months to levels that become attractive to potential buyers. Bank of America has so changed its recommendation on Canopy Growth of “neutral” to “buy”, without the display of a target price, however.

Note that there is a little more than two months, the Bank of America had downgraded his point of view of the producer of cannabis, fearing that its valuation is too bloated at a time when the commands of cannabis in certain canadian provinces slowed.

A large part of the slowdown in orders has been attributed to a lack of retail stores, which has resulted in a glut of inventory. But this has changed since : According to BofA, the stocks of the distribution channels is scarce and margins are showing signs of growth.

It is important to note that Canopy has taken steps to improve efficiency that could not only make its assessment reasonable, but also cause it to beat or at least meet the estimates of Wall Street, has added the bank.

These prospects, bullish on the producer of cannabis arise in the wake of its second quarter, published last week, which missed analysts ‘ estimates both on sales and on profits.

The company attributes this weakness to several factors, including the reduction of purchases of cannabis and fewer than expected openings of retail stores, but believes that these problems are only of the “headwinds in the short term”.

As regards the other headliners of the sector of the Cannabis, it should be noted that Tilray (NASDAQ:TLRY) earns almost 8% on Thursday, after a gain of 4.70% yesterday, while that Aurora Cannabis (TSX:ABC) jumped by +12.5%, equaling the performance of yesterday. For Cronos (NASDAQ:CRON) Group, it is a gain of 8.6%, which appears at the opening today, after +2.54% at the closing yesterday. Finally, Hexo has gained 9%, after +3.27% yesterday.