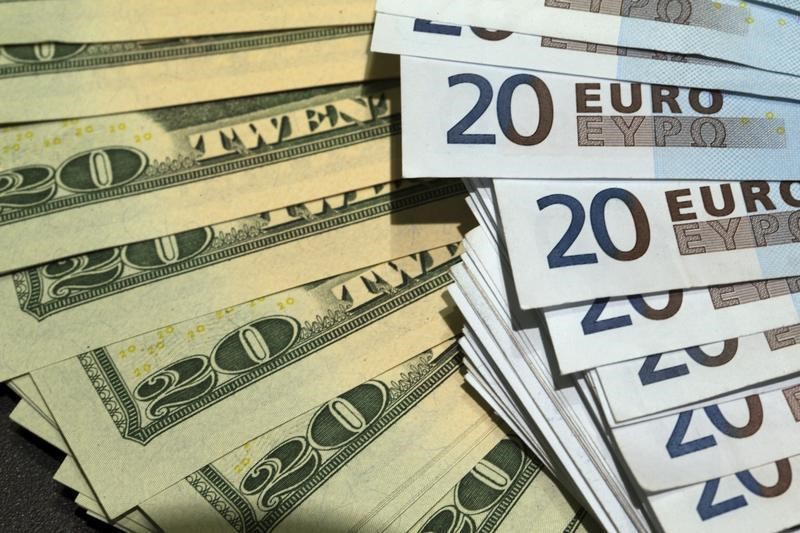 © Reuters. A day at the high risk of waiting for the EUR/USD pair

A day in the high-risk expecting the EUR/USD pair, with an economic calendar is loaded with many events potentially influential, in Europe as in the United States.

In Europe, the PMI indexes are preliminary for the month of April which will be closely monitored, and more particularly the indices of Germany, expected at 9: 30, and those of the whole of the Euro Area, at 10am.

For the PMI German manufacturing, the consensus of a rise to 45 points after 44.1 in the previous month. For the index of services, it is a decline that is expected, 55.1 vs. 55.4 previously.

As regards the Euro Area, the manufacturing index is expected at 47.9 vs. 47.5 previously, and the services index is forecast at 53.2 vs. 53.3 previously.

About these statistics is highly sensitive, it can be pointed out a note from Danske Bank published yesterday evening, in which the bank declares to expect a new disappointment for the european PMI indexes, which might send EUR/USD a fall of 50 to 70 pips…

The program will also be in charge in the US, including retail sales for the month of march (expected at +0.9% after -0.2% previously), and with the index of the Philadelphia Fed (expected to be at 10.4 points after 13.7 previously), 2 statistics expected at 14: 30.

Finally, we will also monitor index (PMI) preliminary from the month of April across the Atlantic. The manufacturing PMI is expected at 52.8 vs. 52.4 previously while the PMI services is forecast at 55 vs. 55.3 previously.