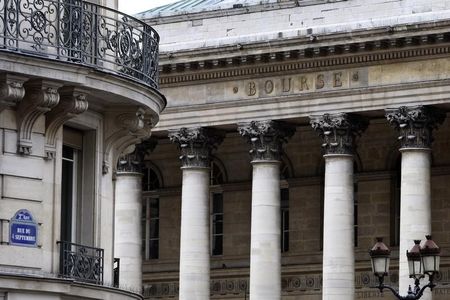 The CAC 40 displays a new annual record Wednesday, exceeding the threshold of 5600 points, with a peak daily 5619 points for the moment.

The optismisme prevailing since the beginning of the week (apart from the hesitation of yesterday) at the meeting considered positive between Trump and Xi last Saturday at the G20 is still its effect.

In addition, the PMI services euro-zone came in higher than expectations for the second estimates of the month of June, which also supports the optimism.

The decision to appoint Christine Lagarde as the successor to Mario Draghi head of the ECB in October is also involved in supporting the CAC 40. Indeed, if one believes the reaction rate at 10 years across Europe, the market considers that the appointment of Lagarde is more or less a guarantee that the policy of the ECB will remain accommodating, or at least that it should not expect a sudden turn hawkish.

The highest increase of the values composing the CAC 40 is displayed by Vonci, which rose +2.12% at the time of the writing of this article. Pernod Ricard (PA:PERP) follows shortly to +1.89%, before Engie (PA:ENGIE), to +1.68%.

From a graphical point of view, the passage of the cape of 5600 points is a bullish signal, after the threshold has blocked several times the increases in the CAC 40 this year.

For the reduction, a return to below 5600 points would call into question the possibilities of new short-term gains. It is then the area of 5560 points, then the area of 5500 points and the low of June 27 at 5465 points that will be monitor as a media.