BNP sentenced to 246 million $ fine for manipulation of the FX 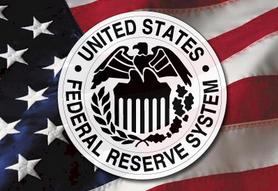 BNP Paribas has been sentenced Monday to a fine of 246 million dollars by the federal Reserve Board of the United States, has found a long pattern of unsafe practices and defective on the foreign exchange markets (FX).

The Fed has also ordered the largest French bank to put in place a program to ensure that the alleged breach does not happen again.

Earlier in may, regulators in New York had accused more than a dozen currency traders who were discussing instant messaging platforms to manipulate the reference rates of emerging countries ‘ currencies such as the south african rand, the Hungarian forint and the Turkish lira. BNP Paribas has since agreed to pay $ 350 million to compensate for the misconduct.

The central bank of the United States had found that traders at the bank, using different names to conceal the requests for quotes and trading activities, had shared information and conspired to move benchmark currency.

Other banks were also facing huge fines for permitting their traders to band together to force the price of the forex. Last year, four banks have pleaded guilty – Barclays, Royal Bank of Scotland, Citigroup and JP Morgan Chase – and to pay fines for a total of $ 5.6 billion.