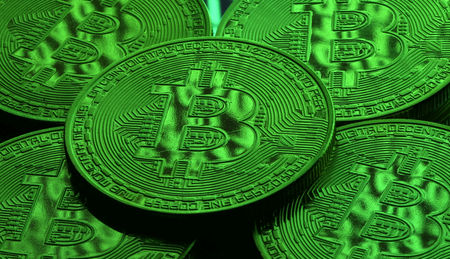 After a few days of blur, the Bitcoin was finally not said its last word ! The crypto-currency has remained stuck under the threshold of$ 8,000 for several days following a correction, but it has managed to rebound above this threshold last Friday.

This then led to a net acceleration upward in the course of the weekend, during which the Bitcoin has soared up to a peak of 9390$, which is a new peak in annual, after-9100$ 30 may.

From the peaks of this weekend, the BTC/USD has corrected slightly, but retain the threshold of$ 9,000, which leaves hope for a resumption of the rise.

In this case, the most obvious will be the threshold of the highly symbolic$10,000.

And the news could encourage the return on this threshold key : In effect, it is necessary to remember that Facebook (NASDAQ:FB) is expected to officially introduce its crypto-currency this week, which could, according to some experts sound the beginning of a real turning point in the history of the industry of crypto-currencies.

This could in fact facilitate the adoption of mass crypto-currencies. Reassured by a first contact “forced” with the crypto-currencies via Facebook, the more than 2 billion users of the social network may then be more inclined to use also the other crypto-currencies, the Bitcoin in the first place.

Recall that the crypto-currency of Facebook will be a stablecoin backed by a basket of currencies, and that it will be managed by an independent foundation of Facebook in which members such as Visa (NYSE:V), Mastercard (NYSE:MA), or Paypal.