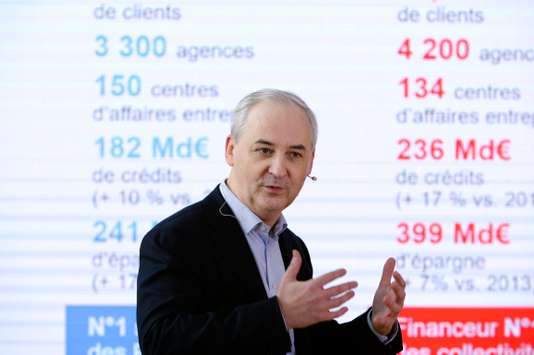 The supervisory board of BPCE, which was completed Thursday, 26 April, shortly before 23 hours, will weigh on the destiny, not a financial institution, but three. At the end of this meeting, in fact, the mutual bank has announced the appointment of Laurent Mignon, the current boss of its subsidiary Natixis, to the chairman of the management board. The banker 54-year-old will replace the June 1, François Pérol, who returns home to Rothschild & Co, the merchant bank that he had left in 2007 to join president Nicolas Sarkozy at the Elysée.

This operation is carried out efficiently, two years before the expiration of the term of office of Mr. Pérol, cutting the grass under the feet of the Société générale, looking for a number two since the departure of the surprise in mid-march of Didier Valet, under the pressure of us authorities within the framework of an investigation on the Libor, the interbank rate in the london market. Laurent Mignon, who had straightened Natixis after the financial crisis of 2007, prior to the toolkit’s central group on large clients, but also the insurance, financial services and insurance, had the ideal profile to become the right arm of the boss of Société générale, Frédéric Oudéa.