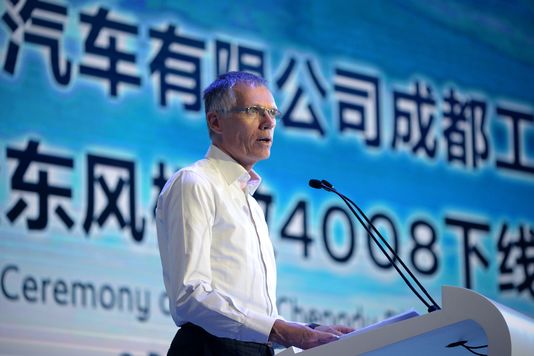 With just three months to the end of the year 2017, the PSA is going well. Global sales rose by 1.5 % (excluding the integration of Opel), a turnover which flies away in the third quarter (+ 34 %), boosted specifically by the contribution of the German mark. Therefore, PSA is going well. And would go well anywhere, if there was China.

Because PSA is undergoing a severe hemorrhage of its sales on the chinese automotive market, the first in the world. In the first nine months of the year, the French group has sold 242 000 vehicles in China, down 43 % compared to the same period of 2016. For the Citroën brand, it all starts reached almost 60 %. As for the brand DS, it has almost disappeared from the market.

A heart-breaking the look of the year 2014, when the Middle kingdom was the first market of PSA, with close to 750 000 sales. And, now, a physical impossibility to achieve the objective of the strategic plan of the builder : sell 1 million vehicles annually in China by the end of 2018.

To succeed, today’s hazy, PSA inaugurated a year ago its fifth plant in China, to Chengdu, the provincial capital of Sichuan (the centre of the country), in joint venture with Dongfeng, its main chinese partner, and also one of its three shareholders-key. With such an industrial tool, PSA appears clearly in overcapacity. According to the economic daily Les Echos, which cites an inside source, the group is considering the idea of selling one of its five factories.

It could be, still according to Les Echos, one of the three factories located in Wuhan (Hubei), the capital of chinese auto – and more specifically, the plant in Wuhan 2, inaugurated in 2006 and which manufactures sedans. However, this segment, in China as elsewhere, is neglected by the buyers in favour of the SUV, these 4 x 4 urban growth, which stood at 45 % in 2016.

The manufacturer has not commented on this information….