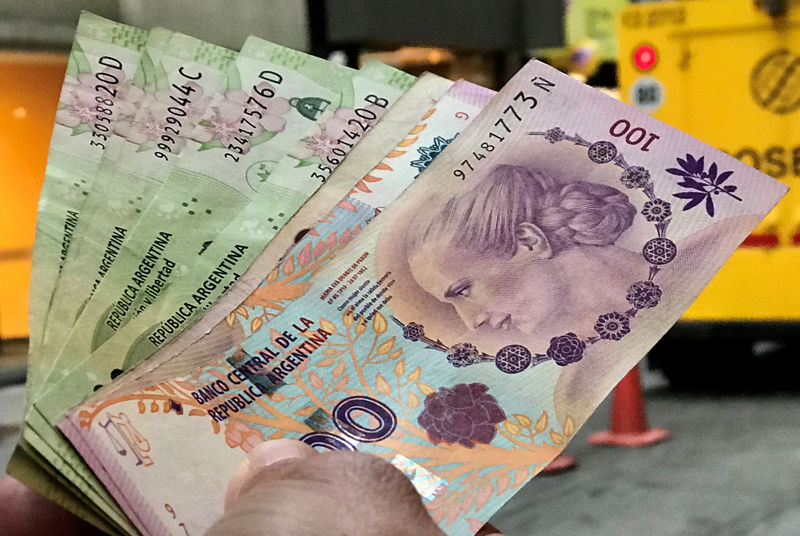 The argentine government has imposed Sunday a currency control for the purpose of stabilizing the financial markets, while the third largest economy in Latin America is facing an economic crisis more severe.

These temporary measures allow the government to limit purchases of foreign currency (and thus the sales of the national currency), following a sharp drop in the peso.

All businesses must now ask the central bank of argentina permission to sell pesos to buy foreign currency when they make transfers abroad.

In an official announcement Sunday, the government said that the exchange control was necessary “to ensure the normal functioning of the economy”.

Remember that Argentina had announced Wednesday his intention to postpone a payment of about $ 100 billion of debt, the rating agency S&P has considered a default of payment.

These measures, called to be applied until the end of the year, are a stunning upset for the president Mauricio Macri.

It should be remembered that shortly after the beginning of her term in December 2015, he had abruptly removed the strict controls of the capital that were in place since 2011.

Argentina, a country in recession, is mired in a financial crisis has been markedly aggravated by the crushing defeat of the president in office at a recent election primary.

In a vote seen by many as a key indicator for the first round of the presidential election in argentina at the end of the month of October, Macri, the candidate favorite markets, has lost more votes than expected in the face of the opposing center-left Alberto Fernandez and the ex-populist leader Cristina Fernandez de Kirchner.

The peso, ma national currency, is accordingly fallen to a record low last month. In the end, the peso has fallen more than 30% since the vote in the primary of August 11.