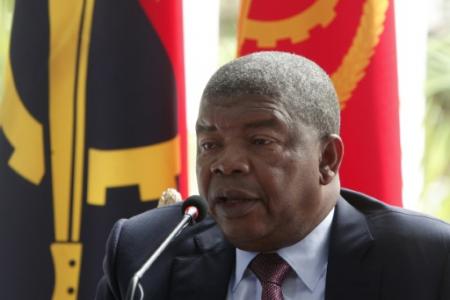 The angolan president Angolan Joao Lourenço during his first press conference, on January 8, 2018 to Luanda, on the occasion of his 100 days at the head of the country. (Photo AMPE ROGERIO. AFP)

The president of angola, João Lourenço was elected five months ago, promising an “economic miracle”. But the recovery promises to be long and difficult. For the past three weeks, he manifested the same by a disturbing devaluation of the local currency.

In early January, the new governor of the central Bank, Jose de Lima Massano, announced a small revolution: the gradual establishment of a system of floating exchange rates.

The currency of angola has been pegged since 2016 the greenback to the price invariable 166 kwanzas to 1 dollar. But this rate was far from reflect the real value of the kwanza, which is trading on the black market to more than 400 for a dollar.

“We have an exchange rate that does not reflect the truth”, has himself conceded, Mr Massano.

The authorities have decided to float their currency within a range kept secret to avoid speculation. The first step towards a conversion system exclusively governed by the supply and demand promised by the end of 2018.

The boss of the central Bank justified its decision by the need to prevent “the continued decline of its foreign exchange reserves”.

In 2014, the second-largest producer of oil in sub-saharan Africa has been hit hard by the fall in the price of crude oil, by far its most important resource.

The fall has plunged the country into crisis. After several years of growth rate “the chinese way”, Angola has dangerously flirted with the recession and squandered its reserves in dollars to support, in vain, its currency.

This capital, estimated by analysts at $ 20 billion, beginning in 2017, melted 14 in November, according to the central Bank.

“If our level of expenditure in foreign currency continues at this rate, we run the risk of yet to see it drop by half by the end of the year”, said Jose de Lima Massano.

This evaporation of greenbacks, convinced the new government to react.

There was an emergency. Foreign companies such as Emirates have recently taken their distances with Angola, prevented by a strict control of foreign exchange to repatriate their local revenue in dollars.

The new president Joao Lourenço has succeeded, in September, the head of Angola Jose Eduardo dos Santos, who led with an iron hand the country for thirty-eight years.

Former apparatchik, he claims, since he will fight against corruption and revive the country’s economy, one of the poorest in the world despite its oil revenue.

His plan is drastic. Austerity, privatization and, especially, out of the all-oil. “Angola has no other choice than to diversify its economy,” repeated Mr. Lourenço mid-January in front of the press. “It is absolutely necessary. Our salvation is there”.

To achieve this, it wants to return to the foreign companies and their valuable greenbacks. The regime of floating exchange rates is part of this long-term effort.

But as feared by analysts, this new system has resulted in a decline in the value of the kwanza. In three weeks, the local currency has lost 18% of its value against the dollar and 25% against the euro.

“This is not a devaluation, it is a depreciation”, was keen to reassure the governor Massano.

But still. First consequence, the fall of the kwanza did not take long to make up prices, in a country where inflation is already officially more than 30%.

In the streets of the capital Luanda, it is the waltz of the labels. “All imported products are more expensive,” complains a shopkeeper in the neighbourhood of Palanca, Ibrahim Nour. “As wages continue to drop, we lose our customers.”

“This devaluation would have had to be made much earlier, at the time of the economic boom,” says the economist Precisio Domingos, of the catholic university of Luanda. “Today, it is much more painful for the people.”

The movement of withdrawal of the currency of angola does not seem to want to stop. To avoid that this decline could widen a bit more deficits, Angola now wants to renegotiate its foreign debt. “A priority”, let go of his Finance minister, Archer Mestre.

Investors have so far welcomed the reforms of the new regime in Luanda. Most felt that their efforts will pay off, especially on the public accounts.

“Lourenço uses his political legitimacy of the new president to make big step forward”, welcomed William Jackson of Capital Economics. “The devaluation can cause problems in the short term but prove to be positive in the long term”.