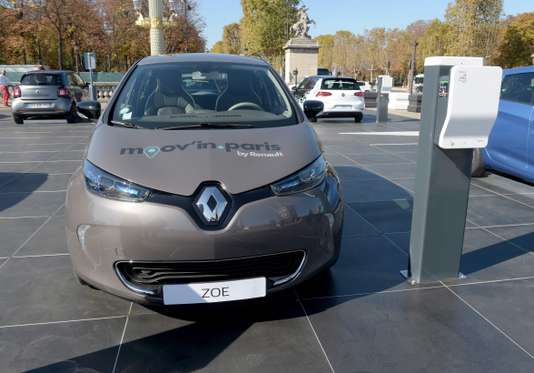 The car-sharing electric to return to Paris. The service of electric cars from Renault, christened Moov’in.Paris, between in-service Wednesday, October 10 in the capital and in Clichy (Hauts-de-Seine), more than two months after the abrupt cessation of Autolib’.

The fleet is comprised in a first step 100 citadines Zoe. At the end of October, it will count 200 Zoe and 20 mini-vehicles Twizy, and it will reach 500 vehicles by the end of the year, says Renault in a press release, which refers to a target of 2 000 vehicles next year.