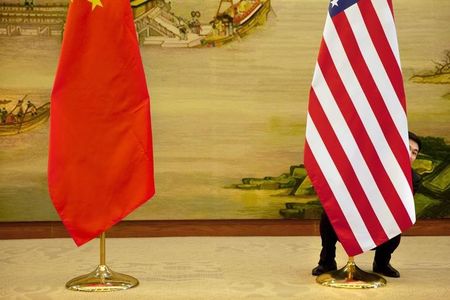 The secretary of the US Treasury Steven Mnuchin said Wednesday on CNBC that the United States and China had almost reached a trade agreement.

“We were at about 90% of the path (towards an agreement), and I think that there is a way to reach the end of the road “, he said.

He said he was confident in the fact that the president of Donald Trump and chinese president Xi Jinping can do to advance the trade negotiations at their meeting in the framework of the G20 summit this Saturday in Osaka, Japan.

“The message we want to hear is that they want to return to the table and continue to negotiate because I think that their economy and that of the United States can both benefit from a rebalancing of the trade “.

It has provided no detail on what the remaining 10% to reach an agreement could involve, nor on the friction points that currently hinder the conclusion of an agreement.

Finally, Mnuchin said he hoped an agreement could be concluded by the end of the year, but felt that “it is necessary that good efforts are in place “.

Note that these comments have had an impact is significantly positive on the futures on indices USD.

However, the statements of Mnuchin do learn in the end nothing new. It had in fact been repeated several times by the camp US that an agreement was almost finalised as early as the month of April, before the negotiations do not fail in early may…

In fact, regardless of whether the United States and China are in agreement on 90% of the points, if the disagreement on the remaining 10% are not always as insurmountable as it was a few months…

In the end, it therefore remains unlikely that a practical step towards an agreement in the short term to be observed at the meeting Trump-Xi this weekend, although it should still participate in a calming of the situation.