Hello. Below are a few recommendations for trading in the Forex market on 14.09.2017

EURUSD continue falling and has broken trend line. But the level 1,18500 has not yet passed, and with sales you should not hurry. We have the top pattern Double top and probably will try to reverse the trend.

On EURJPY formed the pattern of Internal bar at the level of 131,500. I think that the movement is just corrective and expect growth to continue further with the trend. Consider purchase here. 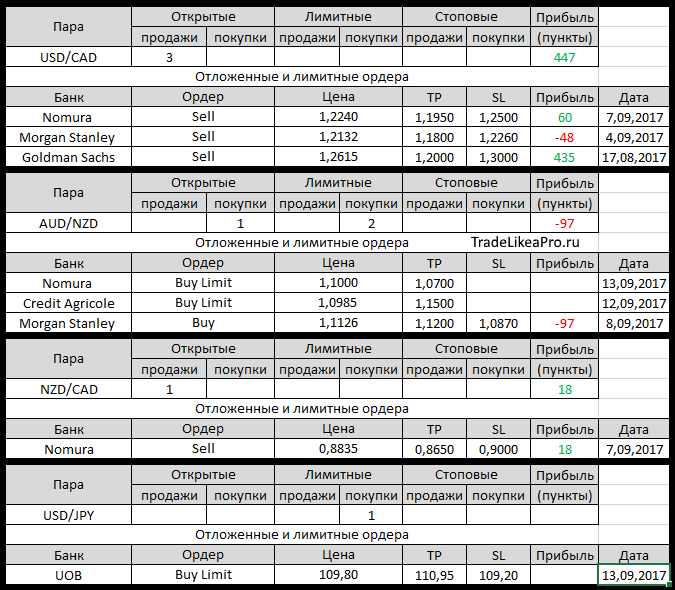 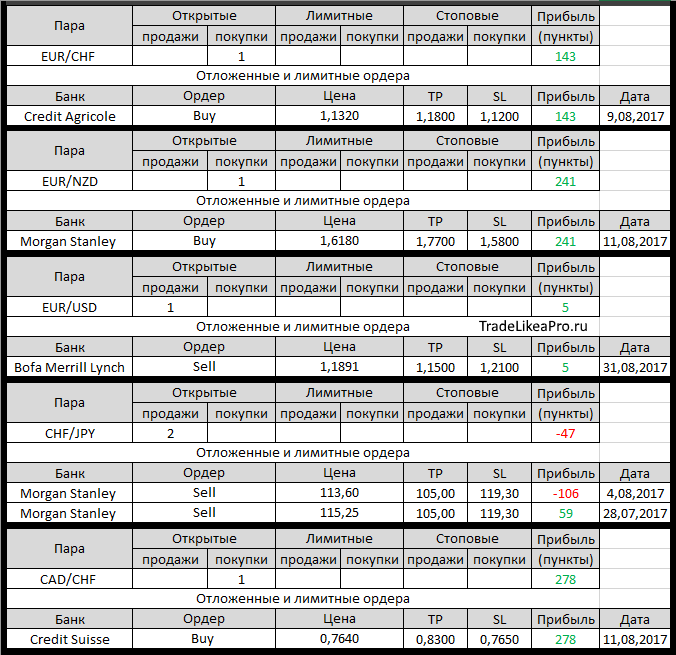 Asian stocks retreated from a 10-year highs amid a surge in Chinese economic data, which largely fell short of market expectations, while the USD has stabilized significantly above the recent 10-month lows, after a report on producer prices and waiting for the other inflation data, which will be published later today.

The widest in the region, the MSCI index fell 0.1% after it has reached the highest level since 2007 yesterday. Chinese stocks in the CSI 300 lost 0.4% and Japan’s Nikkei dipped 0.2 percent, while the larger Tokyo Topix lingered for a while at two-year highs, after the JPY weakened. Australian funds lost 0.1% and South Korean Kospi closed flat. The key indices of wall street struck record highs on Wednesday, as profit among energy shares helped to cover losses in heavyweight Apple Inc.

USD is traded with slight gains against the EUR, after the yield on U.S. Treasury bonds rose to a 2-1/2-week highs due to growing risk appetite among investors. The U.S. dollar index peaked on September 5 92.530 before going to 92.472. In addition, trading volumes remain low as many investors expect the final estimates for inflation in the United States, while hopes that the fed will raise rates in 2017 is weakening every day.

The President of the European Union on further integration of the members of the unit in the General economic life of the EU and trade prospects, an extended interaction with Australia and New Zealand, caused in General a small reaction, because many details of the performances of Jean-Claude Juncker was known to market participants is already known.

Trading the EUR fell 0.1% to 1.1887 USD, after falling 0.7% the previous day, while the GBP jumped down to 1.3204 after he had reached an annual high of 1.3329 USD on the back of strong inflation data. Currency markets expect the meeting of the officials of the Bank of England today, which will assess the prospects of rising interest rates over the next decades after the British economy finally leave the EU.