Wells Fargo & Company (WFC) shares rose more than 4% during Friday’s session after a pair of analyst upgrades ahead of its earnings next week.

Evercore ISI added to the bank of its strategy to Surpass List. Analyst John Pancari called the recent pullback overdone, despite an anticipated reduction in the dividend and the increase in reserves for losses on loans. After “ripping off the band-aid” with these announcements, the analyst sees short-term narrowing of the discount relative to its large-cap peer banks. Wells Fargo trades at 73% of its tangible book value, compared to more than 100% for its large-cap peer banks.

Minister Baird has also updated the Wells Fargo stock from Neutral to Outperform with a $35.00 price target. Analyst David George estimates that the decline in bank reserves creates an opportunity to increase exposure in the sector. In addition to Wells Fargo, the analyst upgraded Comerica Incorporated (CMA) to Outperform, saying that it might be interesting acquisition target.

Wells Fargo and other large-cap banks could see a volatile earnings season, given the low interest rates, increased loan loss reserves, and the health of the economy as a whole. 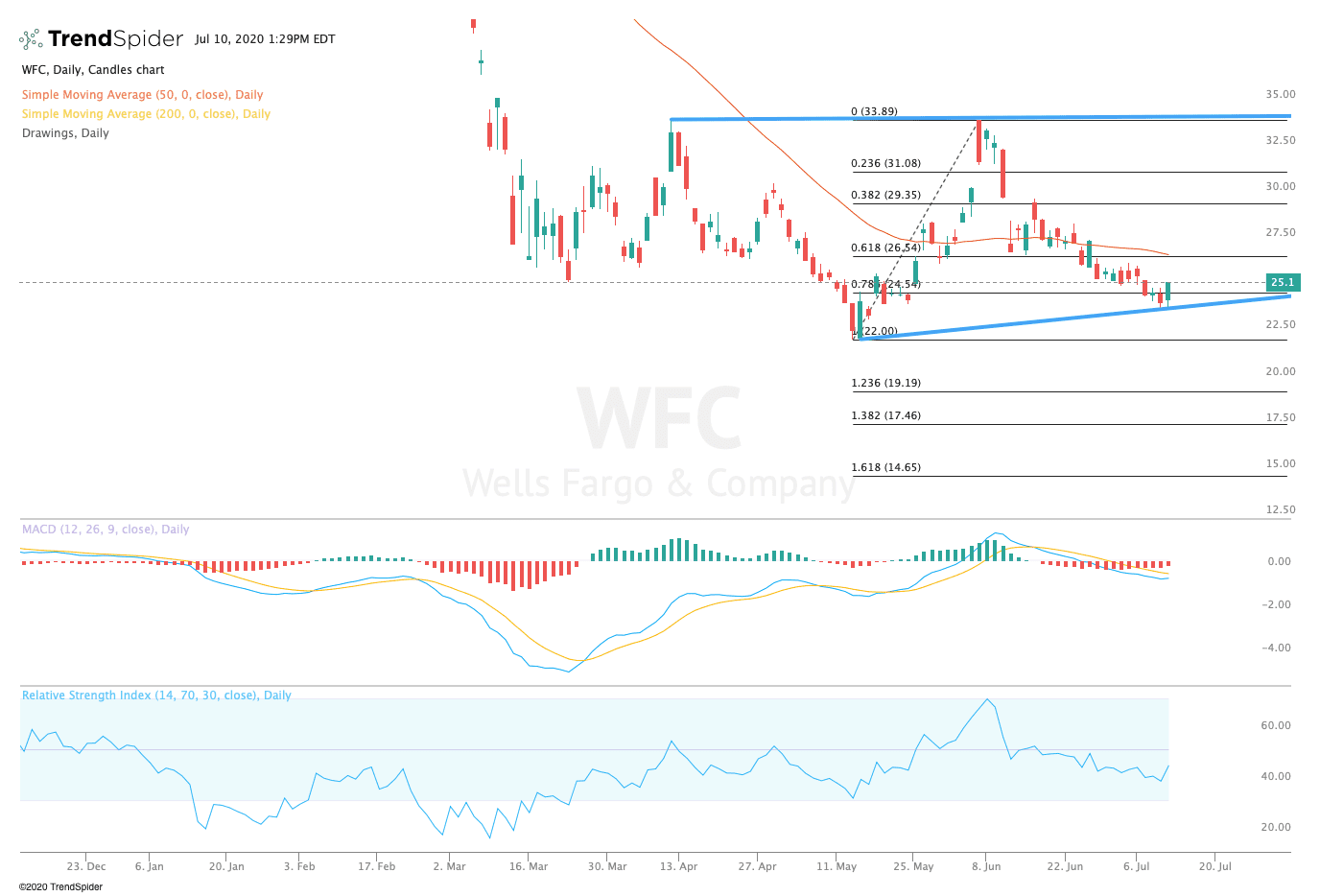 From a technical point of view, the stock market has rebounded from the reaction of the low made earlier this week. The relative strength index (RSI) remains neutral with a reading of 43.67, but the moving average convergence divergence (MACD) remains in a bearish trend. These indicators suggest that investors should maintain a bearish bias in the medium term.

Traders should watch for a long rebound in the reaction of the dip near $24.00 to the 50-day moving average of $26.48. If the stock breaks out from these levels, traders should watch for a move to test the reaction of the peaks of near $34.00. If the stock breaks down, operators could see a move to retest of the low of around $22.00 in the coming sessions.