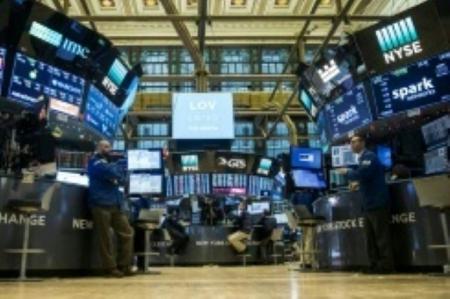 The New York stock Exchange ended in the green, relegating them at least temporarily into the background fears of trade wars (Photo . )

The New York stock Exchange ended in the green on Thursday, leaving at least temporarily, to the background of the fears of trade wars, and turn toward the upcoming season of corporate results.

The apprehension of true trade tensions with potentially negative consequences for China and the United States after the announcement of new tariffs on a whole series of products is a little more dissipated Thursday.

“To the extent that there is no timetable for the really put in place, and that officials from the two countries have stressed their intention of conducting negotiations, there is still room for an easing of these measures,” notes Karl Healing of LBBW.

“All of this seems to more be a technique of bargaining on the part of (Donald) Trump and all the threats of trade sanctions should not, in the end not weigh that much”, for its part, considers Maris Ogg of Tower Bridge Advisors.

Other positive news on the front of commercial relations: the Prime minister of canada Justin Trudeau on Thursday ruled that there was a “great possibility” that Canada, the United States and Mexico to agree in the next few days on the broad outlines of a free trade Agreement north american (Nafta) renegotiated.

In this context, “investors will recall that the season of results for the first quarter will start soon,” said Mrs Ogg.

“Like most organizations that publish figures in offbeat have recently reported solid performance, this trend should continue and we should have comments optimistic on the part of the directions”, provides for the specialist. “This allows the market to reverse the trend.”

Indices were also helped by the growth of the energy sector: in the wake of a rise in oil prices, Chevron (NYSE:CVX) is enjoying 2.45%, ExxonMobil (NYSE:XOM) 1.54%, and ConocoPhillips (NYSE:COP) of 1.51%.

Some of the values the stars of the technology, a sector that is highly volatile in recent weeks, have also rebounded well.

Facebook in particular is mounted by 2.73% the day after a new intervention of his boss Mark Zuckerberg, engaged in a counter-offensive and policy media to convince users that the site has become aware of its responsibility after the scandal around the leak of personal data of users.

In the agro-food sector, the group JM Smucker rose 0.24% after the announcement of the repurchase to $ 1.7 billion manufacturer of pet food Ainsworth Pet Nutrition.

The giant agrochemical Monsanto (NYSE:MY) is granted and 1.58%, despite quarterly results slightly below expectations. The group stressed always count on obtaining all the approvals necessary for its merger with Bayer (DE:BAYGN) by the end of June.