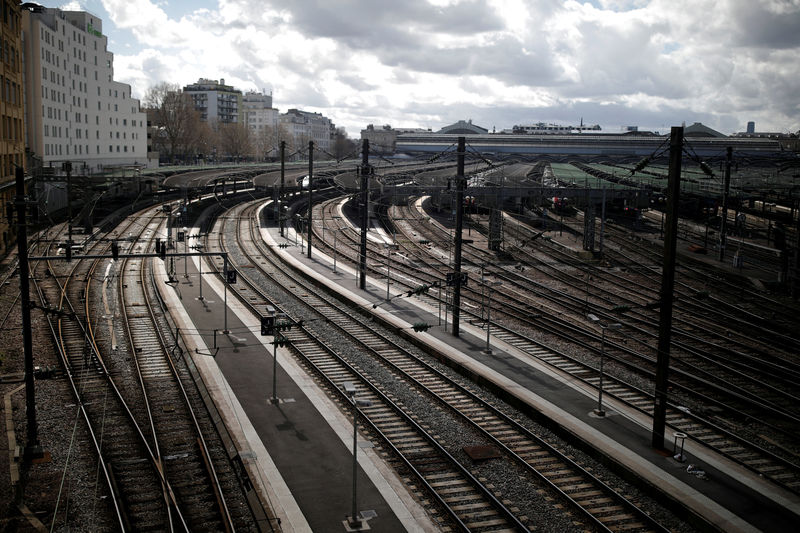 © Reuters. THREATS Of AZF AGAINST THE RAIL NETWORK : TWO indictments

PARIS (Reuters) – Two people suspected of belonging to the group called “AZF”, author of threats of attacks against the rail network in French beginning in 2003, have been put in review, it was learnt on Saturday from justice source.

The mysterious group AZF had signed a number of threats of attacks against the railway network from the December 11, 2003, with a ransom of four million euros and one million dollars.

According to press information, the Parisien/today in France, in particular, the pattern of these acts would be heinous. The suspects would have developed their plan in a company of processing of water of the river Yonne where they worked.

The threats, made via the e-mails sent to the Elysée palace and the ministry of the Interior and small advertisements placed in the daily Liberation, under the pseudonym “My Big Wolf”, were primarily motivated by financial reasons, may be related to the substantial indebtedness of the company.

The case has been revived by levies, which are DNA found at the time on a plastic box containing a homemade bomb.

After the first threats of December 2003, more than 10,000 railway workers had been mobilized to examine the 32,000 km of railway tracks. A bomb consisting of a mixture of fuel oil and ammonium nitrate had been found on the line Paris-Toulouse north of Limoges, near a junction leading to an off-site storage of uranium.

Another bomb had been found near Troyes (Aube) before the group announces to suspend its shares in march 2004.

In October 2004, the signing AZF had re-emerged with a threat to poison the products of food companies, including Coca-Cola, if a ransom was not paid, without it being established whether it was the same group.

On April 18, 2006, a homemade bomb had been found on a TGV line, but the mystery was, again, not been elucidated, despite a strong mobilization of police.