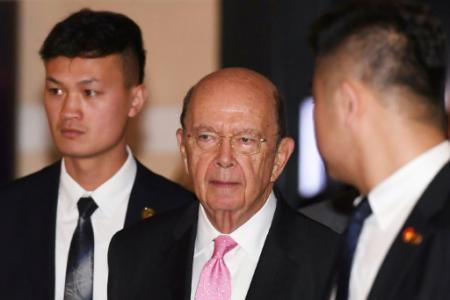 The United States is calling for an increased openness of the chinese market and the reduction of 200 billion dollars per year of the trade deficit with China ($375 billion by 2017). For the time being, Beijing has not accepted this amount, is considered by some economists as “unrealistic”.

Wilbur Ross arrived early on Saturday in the chinese capital, according to the new China news agency. There stayed until Sunday, and will conduct discussions with the vice-Prime minister Liu He, very close to president Xi Jinping and the grand orchestrator of the economic policy, indicated to the AFP a us official.

The visit of Mr. Ross comes at a time of a revival of bilateral tension.

Because if the two countries had announced a ceasefire in may in their commercial dispute, the administration Trump has put back on the table Tuesday, the threat of customs duty of 25% on chinese products, to the tune of 50 billion dollars of annual imports.

Beijing had denounced a “volte-face” of Washington and threatened to take “firm measures” to protect its interests. But the communist regime has tried since to calm the game.

“Our door to negotiations and consultations is wide open. In terms of economy and trade, the two parties must in the course of their discussions animated by a sincere attitude and a spirit of equality and mutual respect, in order to reach a mutually acceptable solution,” said Friday, Hua Chunying, spokeswoman of china’s public diplomacy.

The american president Donald Trump, who had made chinese commerce one of the targets of his campaign, regularly condemns the “unfair” trade practices by Beijing. He debunked the obstacles to foreign investment in China, and technology transfers “imposed” to us companies.

The tenant of the White House has threatened to impose additional taxes on $ 150 billion of imports came from China.

“The administration Trump wants to achieve his aim by waving the stick of customs duties. So I’m not very optimistic on the outcome of these new negotiations,” says the AFP Zhu Feng, dean of the institute of international relations at the university of Nanking.

“The likelihood that there will be no trade war is low. I’m afraid that the most practical option for both parties is now to limit the extent of the conflict.”

China, criticized for its lack of supposed opening, announced Wednesday, further cuts in customs duties on a number of product lines. As of 1 July, they will be reduced to half or three-quarters on a series of imports (clothes, shoes, cosmetics, household appliances, fish).

In a move that follows the announcement last week of a reduction from 25% to 15% tariffs on imported automobiles. As many offers that seemed to respond to the threats of the administration to Trump.