The tourism industry has lost $320 billion of revenue in the first five months of the year, international travel is stopped in the course of the pandemic, according to the World Tourism Organization of the united Nations Barometer. It is more than three times the loss during the Global Economic Crisis of 2009. Arrivals of international tourists (visitors) have seen a reduction of 56%, or 300 million people, compared to the same period in 2019. It was 98% less in the month of May, compared to 2019.

There have been signs of a gradual and conservative change in trend, but confidence is low. A little more than half of the World Tourism Organization (UNWTO) panel of Experts believe that the international tourism will recover in the second half of 2021. Domestic tourism, however, is expected to resume much faster. Half of the respondents to a recovery in the second half of the year 2020, in line with the recovery of tourism in many destinations in June and July. The remaining half expect a resumption throughout 2021. 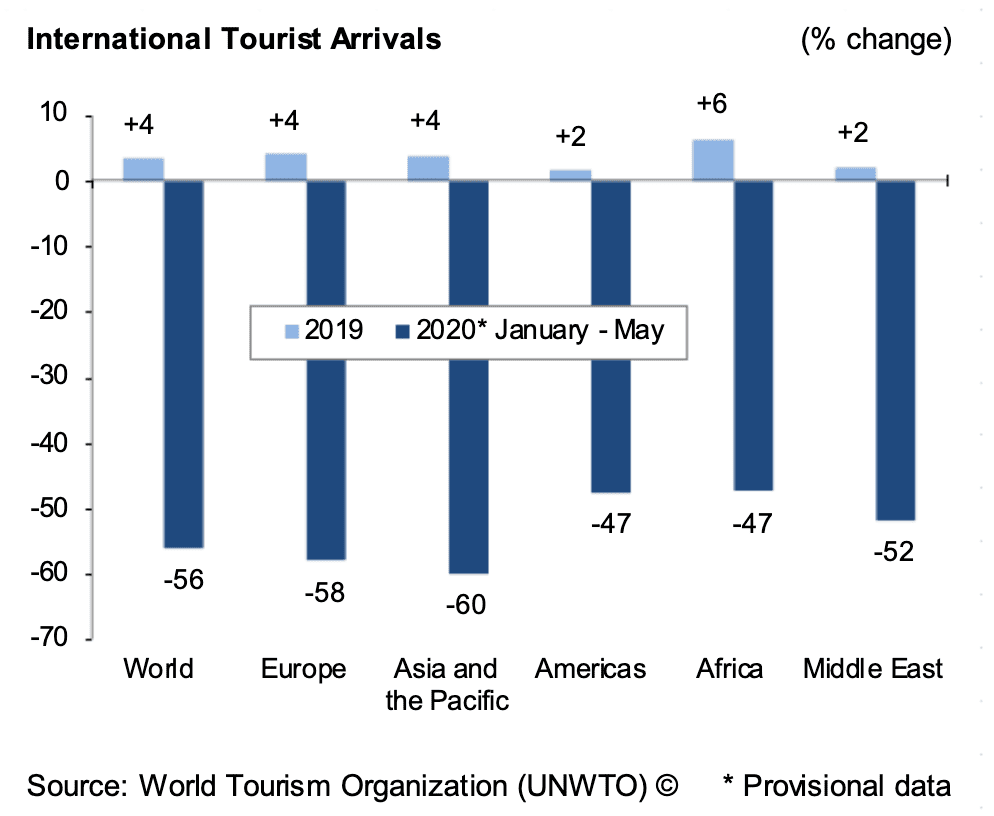 According to the latest analysis of the OMT, 40% of all destinations around the world have now relaxed the restrictions they have placed on international tourism in response to COVID-19. It is from 22% of the destinations on the 15 June and 3% on 15 May. 87 destinations, which have eased the travel restrictions, only four have completely lifted all restrictions, while 83 have softened while retaining certain measures such as the partial closure of the borders in place.

Major international airlines such as American and United Air Lines, have lost billions of dollars in revenue and have reduced their flight schedules to reduce expenses. Despite these cuts, the airlines have been laying off workers and the call for voluntary retirement from their white-collar workforce.

“Recent data clearly indicates the importance of the restart of tourism as soon as it is safe to do so,” said the UNWTO Secretary-General, Zurab Pololikashvili. “The dramatic decline in international tourism brings many millions of their livelihoods, including in developing countries. The governments of all regions of the world have a dual responsibility: to prioritize the public health, while protecting jobs and businesses.”