The Gap, Inc. (GPS) shares rose more than 25% during Friday’s session after the retailer signed a new 10-year with Kanye West’s Yeezy brand. Celebrity, entrepreneur, rapper and designer to create a new line of adult and children’s clothing that will be sold at Gap stores at the beginning of the first quarter of next year. According to the terms of the agreement, Yeezy will receive royalties and potential actions based on sales performance. The management hopes to generate $ 1 billion in annual sales, the brand’s fifth year.

The move comes shortly after Wells Fargo upgraded The stock Gap of Underweight to overweight with a $19.00 price target earlier this week. After Friday’s news, analyst Ike Boruchow added that the unexpected market has been a positive catalyst and give the halo effect of the difficulty of the mark.

The shopping centre focused on the brand has struggled in the wake of COVID-19. Despite a 40% increase in online sales and over 1500 stores opened in North America, The Gap reported weaker-than-expected earnings per share and has not provided the year 2020 orientation. 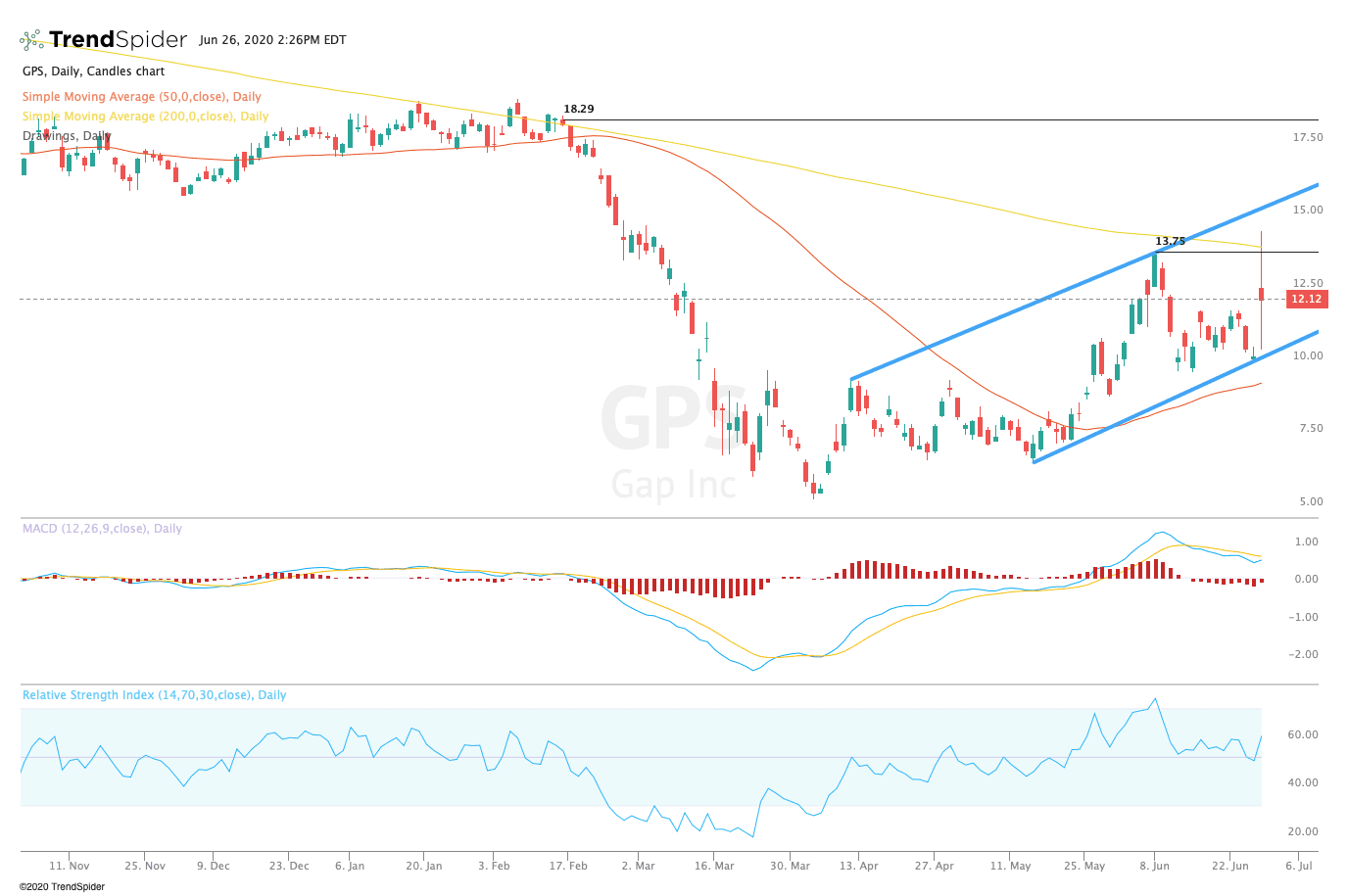 From a technical point of view, the stock briefly broke out from the 200-day moving average of $13.39. The relative strength index (RSI) remains neutral with a reading of 58.90, but the moving average convergence divergence (MACD) could see short-term bullish crossover. These indicators suggest that the stock could have more room to run in the coming sessions.

Traders should look for a long break of the 200-day moving average and previous resistance at around $13.39 in the coming sessions. If the stock breaks out, traders could see a return to the prior highs of around $18.00. If the stock fails to break out, traders could see a move lower to retest support at about $10.00 or the 50-day moving average of $9.26.