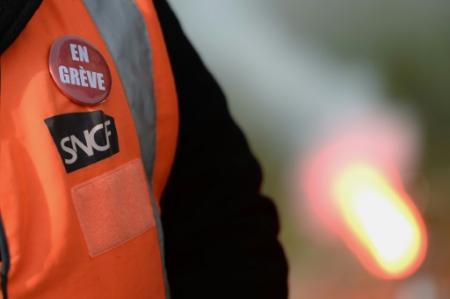 The intersyndicale of the SNCF has maintained Thursday its schedule of strike (Photo JEAN-SEBASTIEN EVRARD. AFP)

The intersyndicale of the SNCF, has reaffirmed on Thursday its unit, maintained his calendar on strike against the reform railway, and required the government to “take its responsibilities”, told the press Thierry Deny, deputy secretary general of the CGT Railway workers.

“It keeps the pressure, the movement continues in the bargaining unit”, with “a calendar that never moves”, and “the government must take its responsibilities,” because “it has a central role to play,” said Mr Deny at the end of a meeting of the intersyndicale CGT, Unsa, SUD and CFDT of the SNCF.

The government should “play an important role in the discussions, or even negotiations that, we hope to see it appear”, in a “tripartite” bringing together the executive with the employers and the trade unions of the branch railway, he added.

Proposed by Unsa, the change in schedule to facilitate travel for candidates at the bac has not been retained. The boss of the SNCF, Guillaume Pepy, “is responsible to announce that the transportation plan would be sufficient and suitable to allow the students to go pass the bac,” said Mr Deny. “The company takes its responsibilities and we, we keep to the same schedule”, he added.

Unsa railway “remains in the bargaining unit” and “participates in the action of 12” June (“Day of wrath cheminote”) to “weigh in on the appointment” to come, has pointed out its general secretary Roger Dillenseger, including the joint mixed committee Monday that should fix the final text of the draft law on railway reform.

“The strength of the trade union unity today has prioritized the maintenance of the schedule” test of the bac, he explained. “The front union remains united” and “the work done since march 22 (first day of mobilization against the reform, editor’s NOTE) must be carried out until the end”, he insisted.

For the “new day of mobilization” special on Tuesday, after the “day without railwaymen” of 14 may which had seen bounce rate of strikers, the intersyndicale “calls for a large mobilization for the general strike”, with “initiatives on the territory,” said Mr Deny.