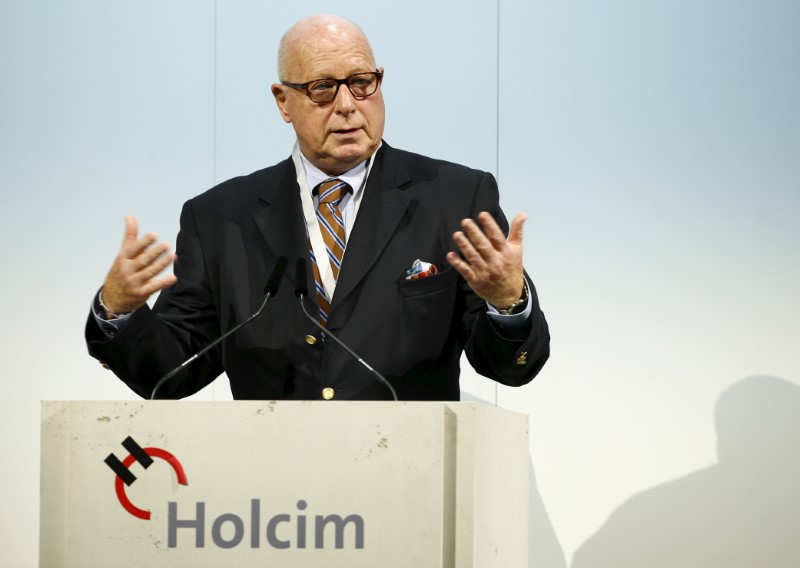 © Reuters. SCHMIDHEINY LEAVE THE BOARD Of DIRECTORS OF LAFARGEHOLCIM

ZURICH (Reuters) – Thomas Schmidheiny, principal shareholder of LafargeHolcim (PA:LHN) and one of the inspirers of the merger between the groups of swiss and French, will leave the board of directors of the first cement companies global at the annual general meeting.

Thomas Schmidheiny, who controls 11.4% of the capital, will remain a shareholder of the group, he added LafargeHolcim in a press release issued Wednesday.

The former CEO of Lafarge, Bertrand Collomb will also leave the board of directors.