RingCentral, Inc. (RNG) shares briefly rose to retest the high on Tuesday before giving up ground later in the session. The initial move higher came after Rosenblatt analyst Ryan Koontz raised its price target from $270 to $315, and reiterated a Buy rating on the stock following a conversation with the company’s chief strategy officer. The analyst believes that the Avaya partnership seems to be progressing on the right track.

Last year, RingCentral has announced a partnership with Avaya to become the exclusive provider of Unified Communications as a Service (UCaaS). In February, the company announced an all-in-one cloud-based solution for the voice, the team of the e-mail, meetings, video conferences, collaboration, and more.

The company has also experienced a tail wind of the work at home movement led by the COVID-19 pandemic. As companies make the transition to cloud services, RingCentral’s unique platform and Avaya-driven UCaaS service could see a 7% compound annual growth rate (CAGR) over the next few years, according to KeyBanc analysts.

The company has recorded a 32.8% increase in revenues during the first quarter, beating consensus estimates by $10.59 million, while non-GAAP EPS came in at 19 cents, which was one cent better than expected. However, the second quarter revenue guidance was slightly below consensus, with in-line EPS expectations. 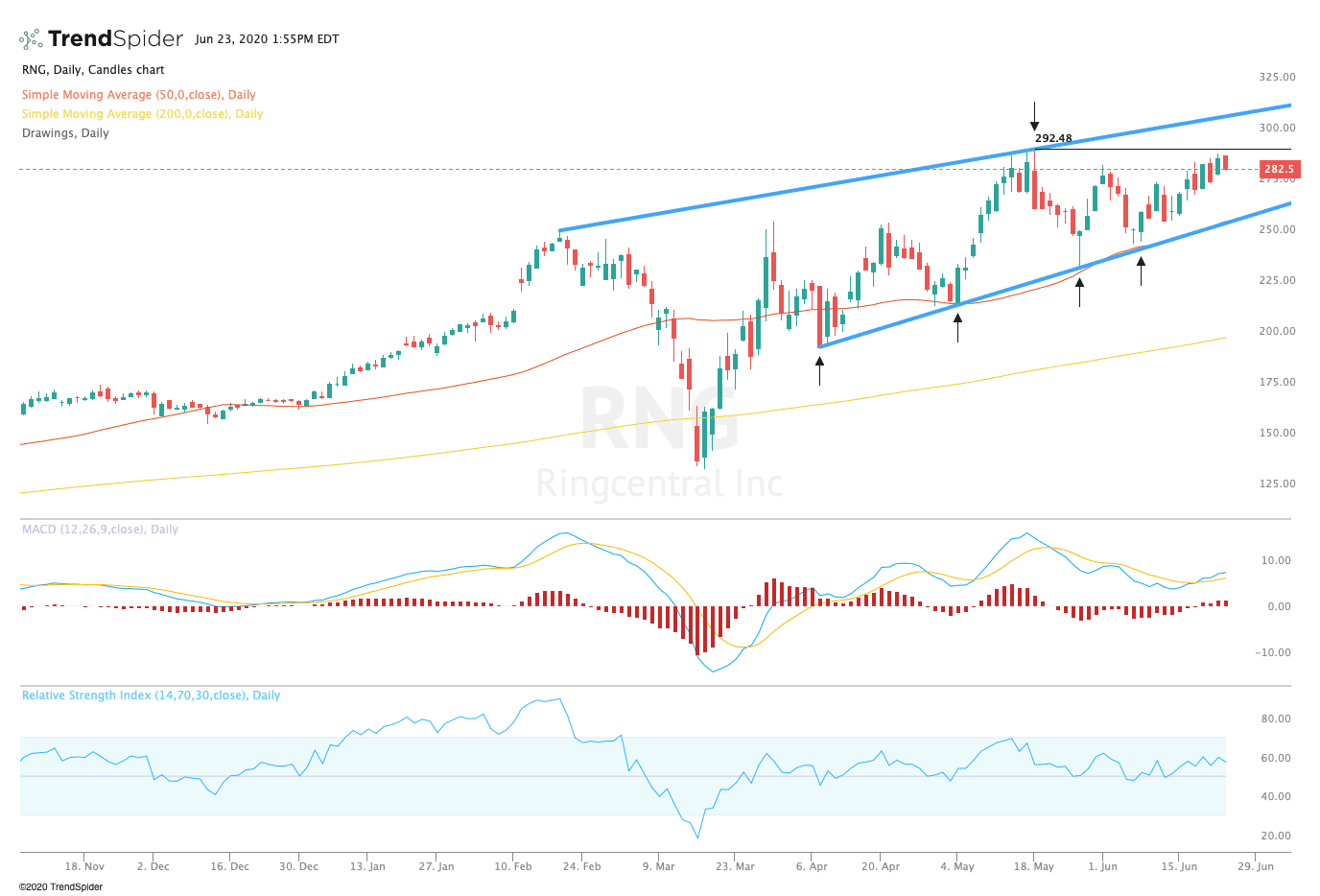 From a technical point of view, RingCentral stock continues to trend near its prior highs and trendline resistance at $292.48. The relative strength index (RSI) appears neutral with a reading of 57.33, and the moving average convergence divergence (MACD) is continuing its upward trend. These indicators suggest that the stock has more room to run in the coming sessions.