The company has a diversified portfolio from a menu of drinks and snacks, including Frito-Lay, Gatorade, Quaker, and Tropicana. PepsiCo has beaten earnings per share (EPS) estimates in the course of the last five quarters. The company has a rising P/E ratio of 23.54 with a favourable opinion dividend yield of 2.89%, according to the trends.

The daily chart for PepsiCo 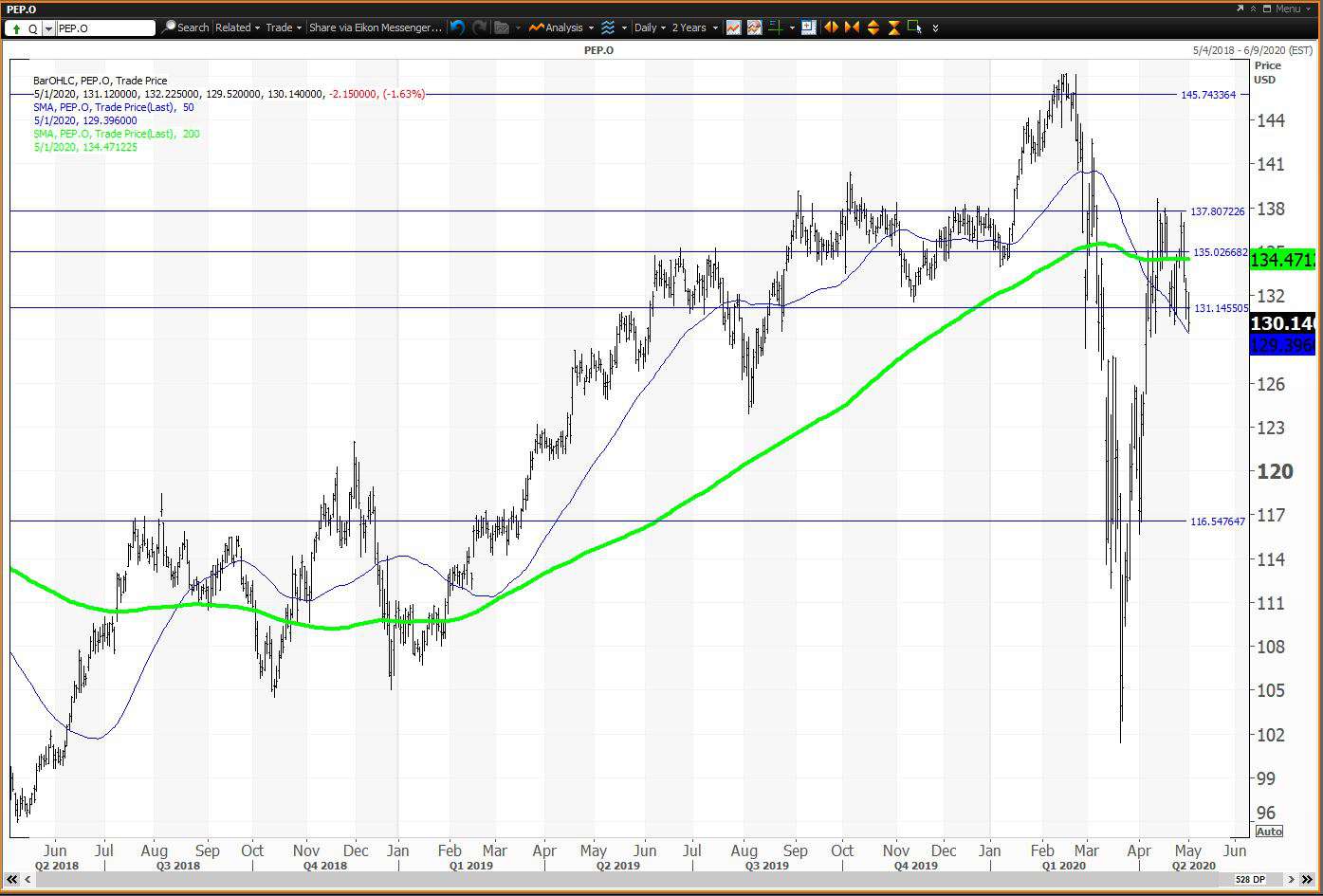 The daily chart for PepsiCo shows that the stock is above a gold cross, which was confirmed in August. 16, 2018, when the 50-day SMA rose above the 200-days SMA to indicate that higher prices will follow. Holding the 200-day SMA between Sept. 5, 2018, and Jan. 30, 2019, has provided a buying opportunity for the shares.

The weekly Chart for PepsiCo 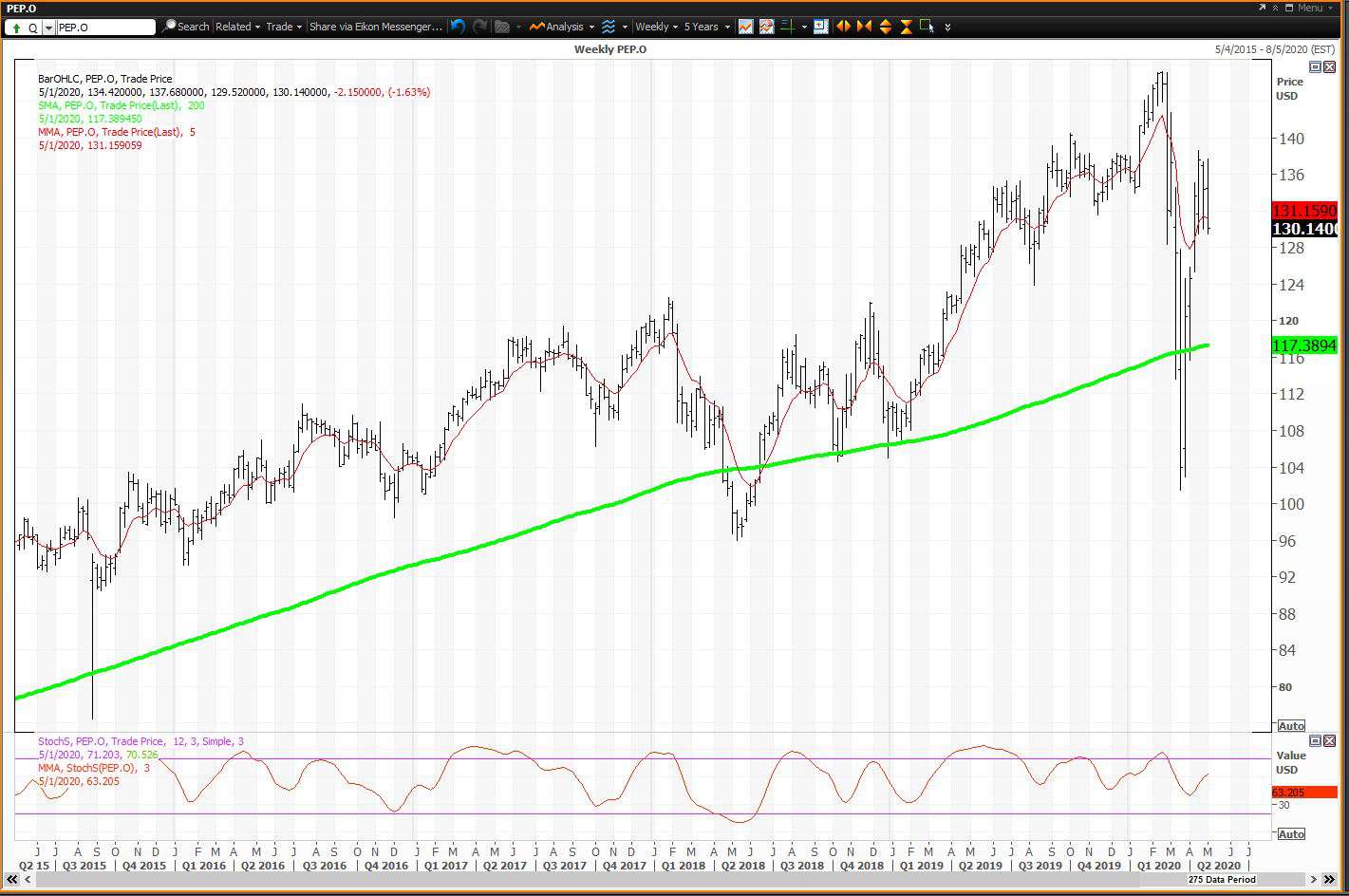