Merck & Co., Inc. (MRK) beat quarterly earnings estimates before the opening bell, on the 28th of April, and the stock remained below its 200-day simple moving average (SMA) at $83.79. The stock ended last week below its monthly risky level for May, to $79.44.

The pharmaceutical giant and component of the Dow Jones Industrial average beat earnings estimates for the 25th consecutive quarter, and the stock is relatively cheap. Merck has a P/E ratio of 14.51 with a dividend yield of 3.08%, according to the trends.

The daily chart for Merck 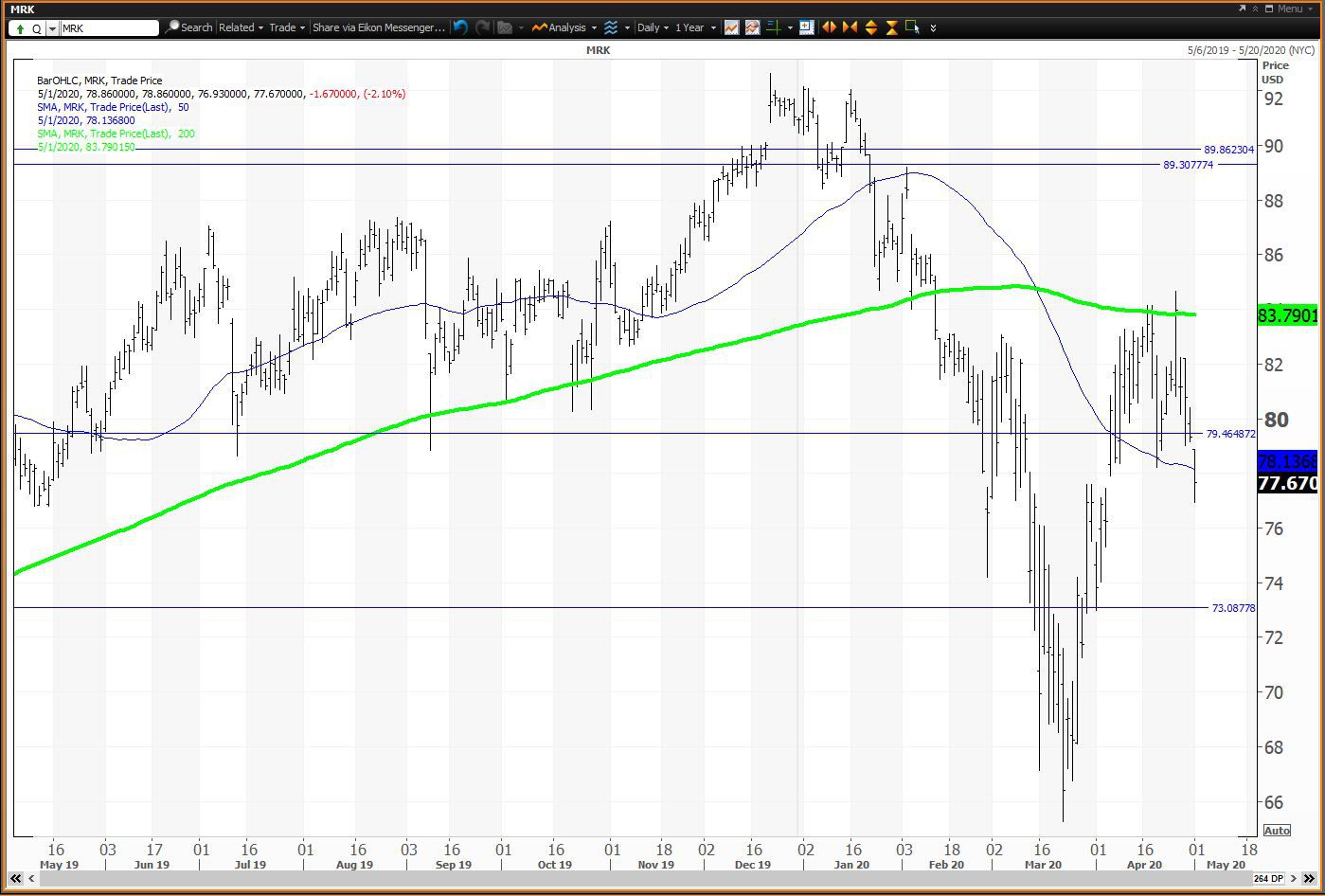 The daily chart for Merck indicates that the stock has been under the influence of a gold cross, which was confirmed on June 12, 2018, when the 50-day SMA rose above the 200-days SMA to indicate that higher prices will follow. The chart shows that the 200-day SMA held on the weakness between Sept. 10 and Oct. 28, which led to the Dec. 20 to $92.64.

Merck’s stock began to 2020 above its semiannual and annual pivots at $89.34 and $89.87, respectively, but remained below its quarterly risky level, which is above the graph of $101.99. The stock began to cascade down on Jan. 23 when these levels is not required.

The weekly chart for Merck 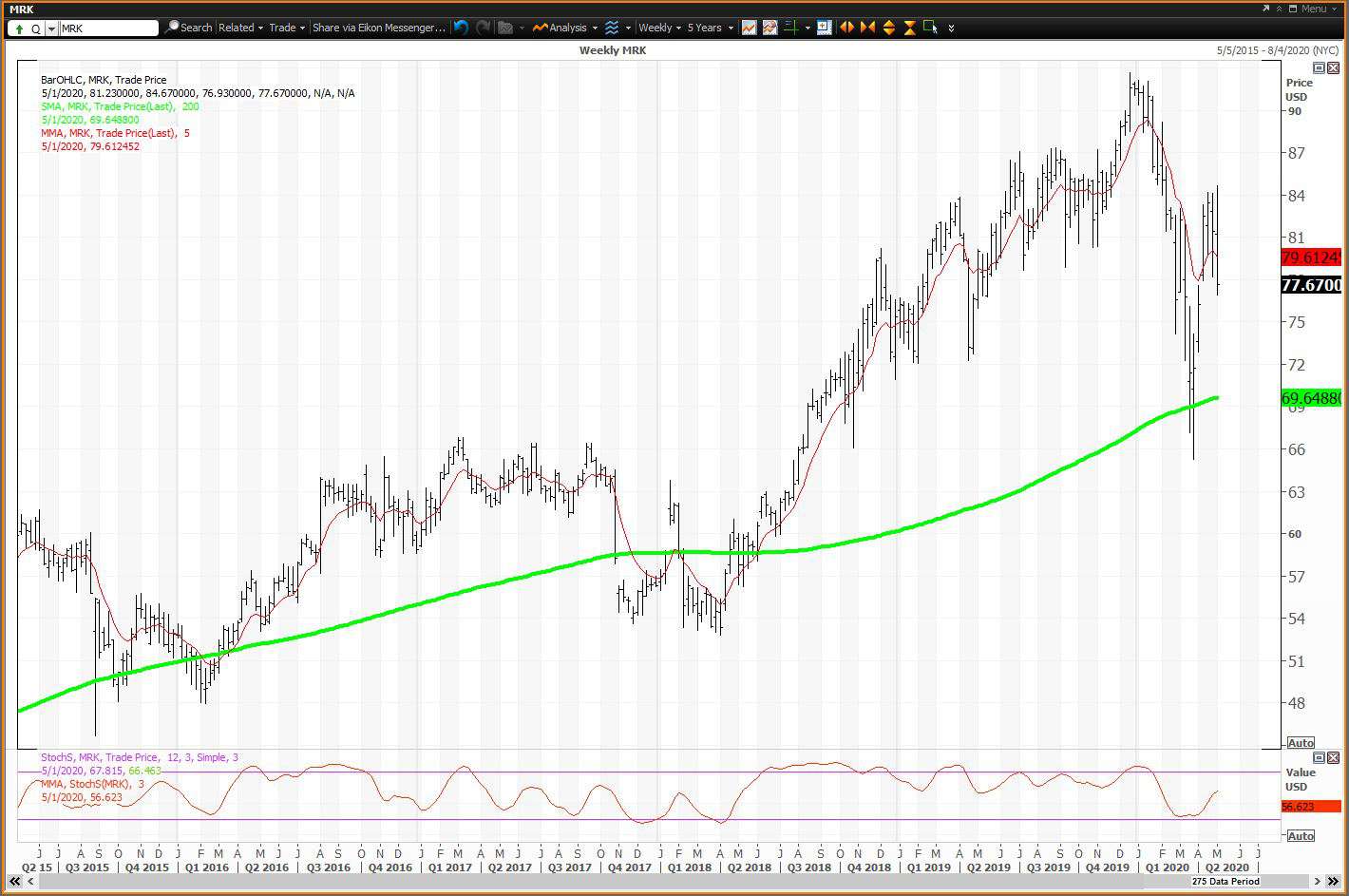 Trading strategy: Buy Merck stock on the weakness of the weekly value level at $73.09 and reduce the holdings on the strength of the 200-day simple moving average at $83.79.