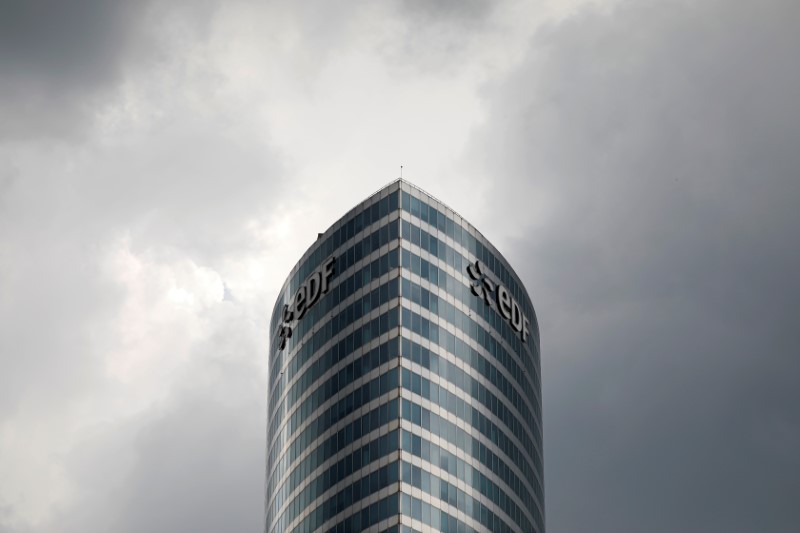 © Reuters. HYDRAULIC: EDF INVOKES THE PUBLIC SERVICE IN THE FACE OF COMPETITION

ORELLE (Savoie) (Reuters) – competition in the electric French must preserve the public services now guaranteed by the overall balance of the system, and be conducted in fair conditions, has argued on Friday EDF (PA:EDF).

The process, announced by the government to the unions in February, should enable France to meet the demands of Brussels, which remains in 2015 to accelerate the liberalization of a sector largely dominated by the electrician public.

“We ask that this is taken into account the specificity of the hydraulics. A dam, it is not only the production of electricity, it is also the safety of the structure, flood management, and water (…) and the development of the territory”, said to the press, Yves Giraud, director of production and hydraulic engineering, EDF.

“He is finding ways to ensure all of these public service missions and to pay them”, he also declared on the occasion of a visit to the dam Bissorte and the central Super-Bissorte, in the valley of the Maurienne (Savoie).

The dam of Bissorte, of which the concession should be renewed since the end of 2014 and which should therefore be part of the first works in competition by the State, potentially as early as this year, is hosting the third hydroelectric power plant in the French park by the power (750 MW).

Bissorte is part of a set of 16 hydropower plants – with four large dams – located in the valley of the Maurienne, which represent a total installed capacity of 2,200 MW, equivalent to two nuclear reactors.

The park hydraulics of the valley of the Maurienne, and produced on average each year over 4,000 GWh of electricity, equivalent to the consumption of approximately 1.6 million inhabitants. EDF, which refers to a project in competition with the French park by batches, with the inability to win any concessions from the same batch, and wish a process “fair” and allowing him to stand as a candidate at the renewal of all the structures that it currently operates.

“The risk would be that the concessions of the most profitable start to the competition and that the EDF is found with the concessions that are less so, and with missions of public service that will no longer be paid”, said Yves Giraud.

“EDF provides all of these public service missions for decades (…) and pays on the sale of electricity for the entire park. A competition of each of the dealerships must be in an ensemble that ensures the permanence of all the missions (…) associated with these works.”

EDF is the leading operator of the electric French with about 80% of production capacity – about 20 gigawatts divided between 433 central -, far ahead of Engie (PA:ENGIE), number two in the sector through its subsidiaries Compagnie nationale du Rhône (CNR) and Société hydro-electrique du Midi (SHEM). The group also stores 7.5 billion cubic meters of water in the 622 dams that it operates, which is 75% of the waters of the artificial surface in France. The electrician, in which the State owns 83.5 per cent of the share capital, invests some € 400 million per year in its electric French, but recognizes that the current uncertainties do not provide incentives to initiate developments that need to be amortized over the long term. It has, however, submitted to Brussels an investment project in a station of energy transfer by pumping (Step) in the valley of The Truyère (Aveyron), in exchange for a renewal of the concession. Yves Giraud also said that the production of hydroelectric power, EDF has announced this year as “excellent” and was already 25 terawatts/hour (TWh) – up from 37 TWh over the whole of 2017 -thanks in particular to the heavy snow falls of last winter. The competition of the park hydraulic French is a sea serpent since the announcement in 2010 of a series of tenders for the ten dams, representing 20% of the hydroelectric power French, in accordance with european directives, which never materialized. The process is now the subject of regular exchanges between the european Commission and the French State, but it is causing an outcry among trade unions and local elected officials. It may be of interest to foreign groups such as the Swedish Vattenfall, the Spanish Iberdrola (MC:IBE), the Italian Enel (MI:ENEI), the Norwegian Statkraft or the swiss Alpiq, but also the French Total (PA:TOTF), which is in the process of strengthening the electricity in France with the acquisition of Direct Energy (PA:DIREN).

Hydroelectric power was the third largest source of electricity production of France in 2017, behind the nuclear and fossil fuel thermal, and constitutes the first source of renewable electricity in the country.