GrowGeneration Corp (GRWG) shares rose more than 3% during trading on Tuesday after Oppenheimer initiated coverage at Outperform with a price target of $15.00 per share over the next 12 to 18 months. The analyst Brian Nagel is of the opinion that the early stage of the retail chain is well positioned to benefit from the rapid growth of the market for hydroponics and organic gardening supplies.

Last week, the Global Alliance Partners reiterated its Buy rating on GrowGeneration shares and has raised its price target from $8 to $10 per share. Analyst Aaron Gray raised his estimates for sales of its existing stores and e-commerce division in 2020, citing a recent raise capital and the strong position of cash as a catalyst for growth. Gray sees the company as a strong play on the cannabis in the middle of COVID-19 uncertainty.

In June, GrowGeneration raised about $42 million in an offering of 7.5 million shares at $5.60 per share. Management plans to use the proceeds to expand its network of hydroponic and garden centers through organic growth and acquisitions, and for general corporate purposes. 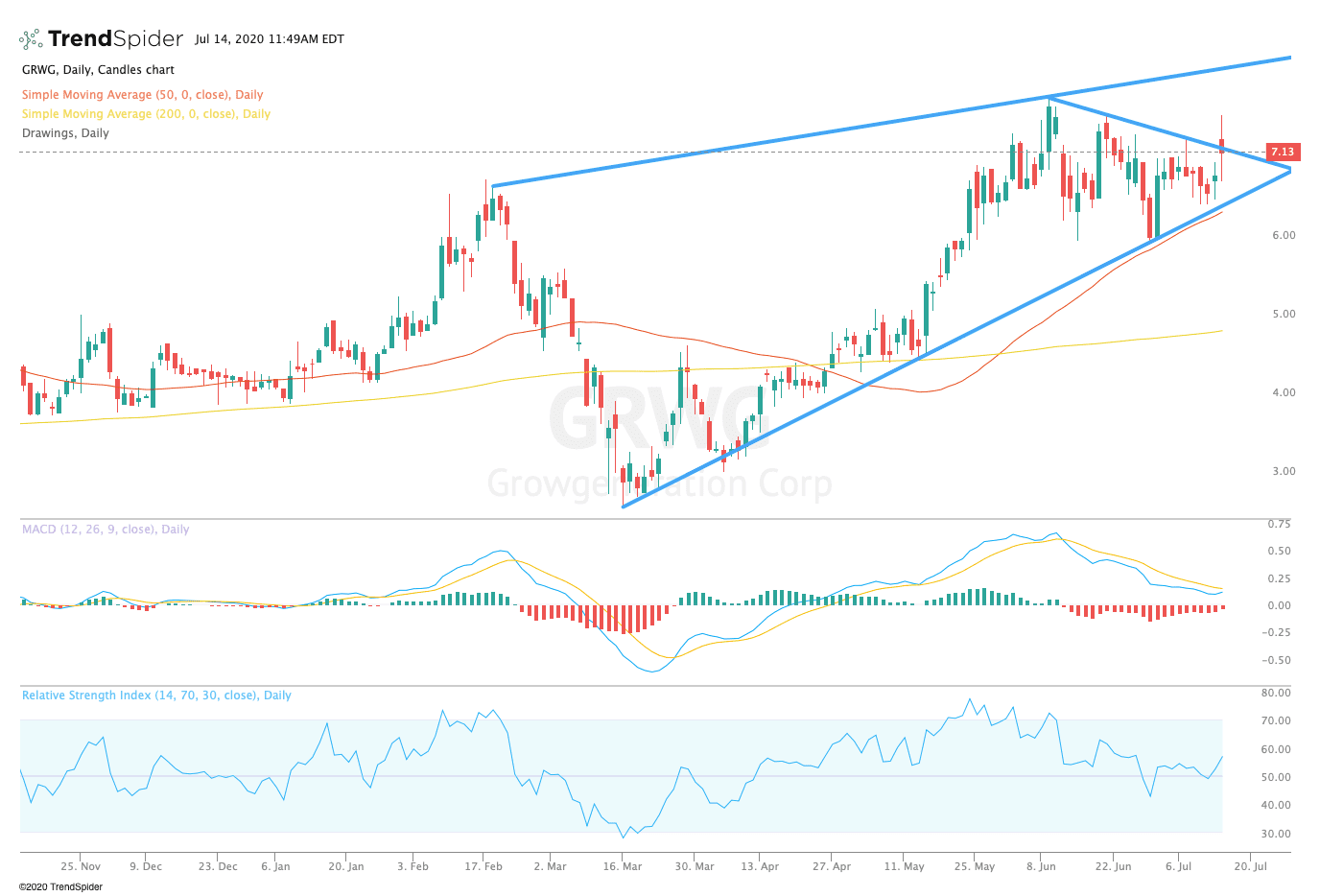 From a technical point of view, the stock briefly broke out of trend line resistance towards the costs of the response peaks. The relative strength index (RSI) remains in neutral territory with a reading of 55.73, but the moving average convergence divergence (MACD) could see short-term bullish crossover. These indicators suggest that the stock has more room to run and reverse its trend average.

Traders should watch for a close above trendline resistance during the session on Tuesday and a potential move to retest prior highs of $7.82, or trend line resistance around $8.00 in the coming sessions. If the stock moves lower, traders should look for support near the 50-day moving average of $6.37, or the 200-day moving average at $4.86, although the scenario seems less likely to occur.