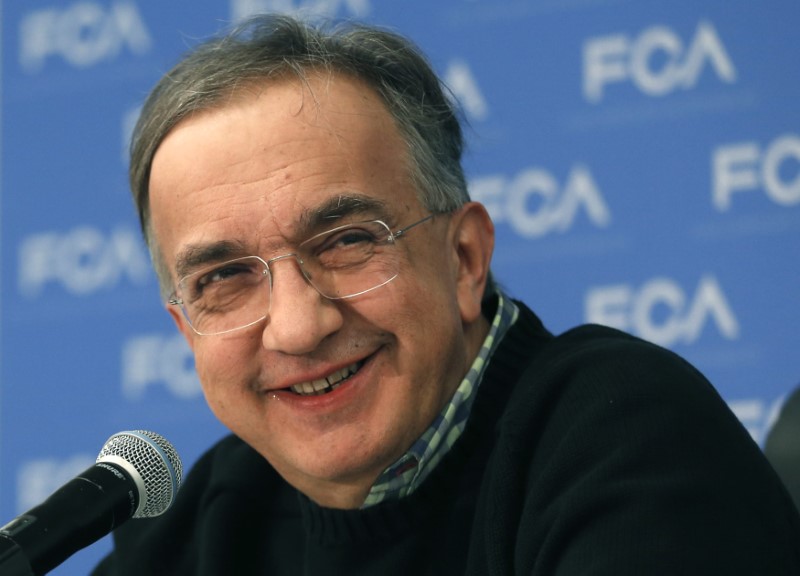 FCA is regularly the subject of rumours of a merger, particularly since its failed attempt of alliance with General Motors (NYSE:GM) in 2015. Its Stock price has reached record highs in August because of an interest loan to chinese groups and to Hyundai for a wedding with the builder Italian-american.

“We buy already of the components (Hyundai) (…) let’s see if we can agree on other points, particularly in the development of transmission systems and in hydrogen”, on Saturday said Sergio Marchionne to the press, adding that he had “nothing to announce at the moment.”

Asked if this collaboration could lead to a marriage, the managing director of Fiat Chrysler responded: “I don’t believe that.”

Sergio Marchionne, whose mandate expires in April 2019, is working on a new strategic plan until 2022. He stated that this plan should be presented in the second quarter of 2018.

In the framework of this plan and of the willingness of the FCA to simplify its portfolio of activities, the manufacturer is preparing to separate two of its three operations in the automotive equipment.

THE DIVISIONS OF MAGNETI MARELLI AND COMAU EXPECTED IN 2018

Sergio Marchionne has stated that the divisions of Magneti Marelli, which manufactures headlamps, engine components, components, electronic, suspension, or exhaust, and the manufacturer of machine tools Comau would be two separate operations, “particularly given the potential for development of Comau in the artificial intelligence and robotics”.

“Whether it takes the form of a spin-off or distribution to shareholders, or if we are going to recover the money in the framework of this procedure, all must be the subject of discussions with the board of directors, we have not yet decided,” said Sergio Marchionne.

Fiat Chrysler is considering a Stock listing of one of these two activities as it has done with other subsidiaries split up in the past, the image of the tractor manufacturer CNH Industrial or the manufacturer of sports cars Ferrari (NYSE:RACE), both listed on both Milan and New York.

Sergio Marchionne has expressed the hope to conclude these two divisions by the end of 2018, a deadline that also corresponds to the one that the manufacturer has set in order to generate a positive cash flow.

FCA excludes, however, for the moment of separating from the foundry operations of Teksid and it does separate not the brands Alfa Romeo and Maserati before “many years”, continued the group’s managing director.

When asked about possible fines for polluting emissions from diesel vehicles of the group, Sergio Marchionne said he did not believe in the existence of any legal basis for the recent accusations made by the French authorities.

He added that discussions with the us authorities continued that”there will be a cost but it will be something manageable.”

(Bertrand Boucey for the French service)