Farfetch Limited (FTCH) stock has increased approximately 20% during Thursday’s session after the company updated guidance at an investor conference. The company anticipates a digital platform gross merchandise volume of $ 605 million to $ 630 million during the second quarter, which represents 25% to 30%, with a continuous growth of 30% of the contribution margins. The online retailer believes that it plays an essential role in connecting the world of the luxury fashion community, particularly as the online sharing luxury is expected to continue to grow following COVID-19.

Analysts remain mostly bullish on Farfetch stock. Deutsche Bank reiterated its Buy rating and raised its price target from $15 to $17 in mid-May, after Farfetch published financial results for the first quarter, saying that the company could emerge from the crisis stronger. Credit Suisse also raised its price target from $15 to $18, adding that the $ 300 billion addressable market remains fragmented and under penetrated with little competition.

The company is widely distributed and resilient business model that spans 190 countries could help buffer a decrease in spending in the North American and European end markets. 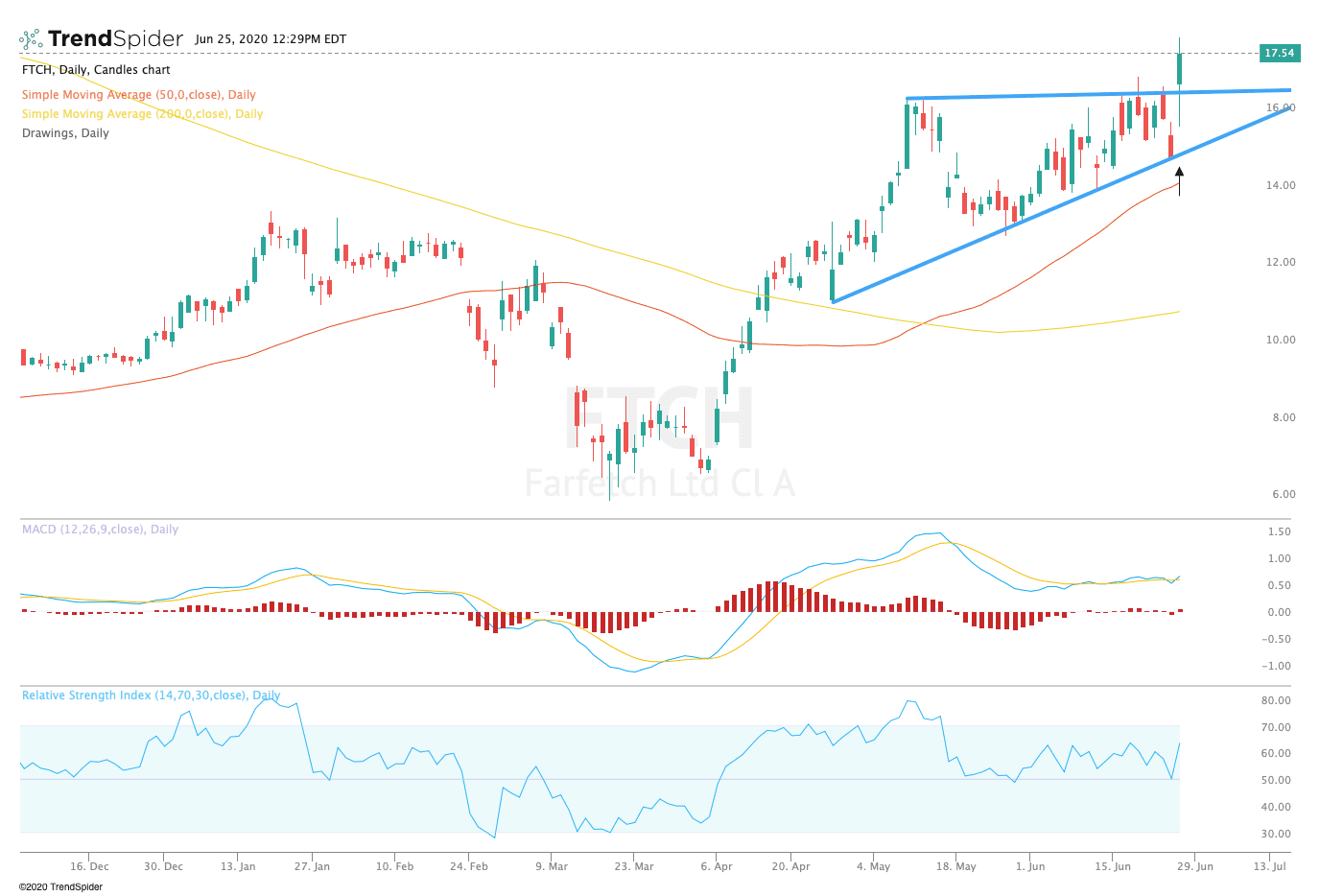 From a technical point of view, Farfetch stock broke out from an ascending triangle to new highs. The relative strength index (RSI) moved into overbought levels 63.81, but the moving average convergence divergence (MACD) is neutral. These indicators suggest that the stock could see some consolidation above the breakout point before moving higher.

Traders should watch for consolidation above trend line support at $16.42. If the stock moves higher, traders could see a move to R2 resistance at $18.39, or new highs. If the stock moves lower, traders could see a move towards the pivot point and the 50-day moving average at around $14.20, although this scenario seems unlikely, given the upward trend of the fundamentals.