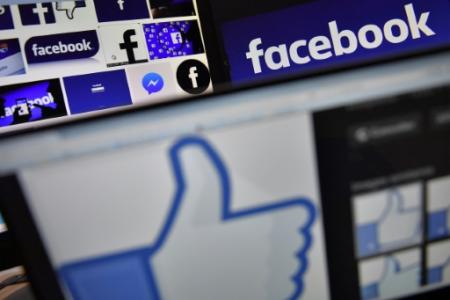 Facebook reviled by the Silicon Valley while the industry thrives on the use of personal data posted online (Photo LOIC VENANCE. AFP)

The Silicon Valley is not the last to vilify Facebook (NASDAQ:FB), but it is, nevertheless, almost the entire technology sector that thrives on the treasury that represent the personal data posted online.

Facebook, which boasts 2 billion users in the world, is in turmoil for the past week, literally nailed to the pillory for being unable to properly protect the confidential data of millions of users, who have finished in the hands of the private firm uk, Cambridge Analytica (CA).

This controversy has already lost 14% in the Stock market this week and more than $ 50 billion of market capitalization.

Friday, the boss of Tesla and SpaceX, the media coverage of Elon Musk, has promised to remove the pages Facebook of the two companies, joining the movement calling for “delete Facebook” (#deletefacebook) launched these days especially via…social networks.

The day before, it was Brian Acton, co-founder of the messaging app WhatsApp, which was called to leave the social network. “It is time to worry about privacy,” said one who now works for Signal, another e-mail application.

Brian Acton, whose fortune is estimated at more than $ 5 billion, has sold WhatsApp in 2014 … Facebook for $ 19 billion.

Roger McNamee, a famous investor from the Silicon Valley and one of the first shareholders of Facebook, has also criticized the group this week, calling her boss Mark Zuckerberg, but also those of Twitter (NYSE:TWTR) and Google (NASDAQ:GOOGLE), to go and explain himself before the Congress.

Even before the controversy around CA, the famous investor in the sector Peter Thiel –himself a member of the board of directors of Facebook– was shot several times at red cannon balls on the technology sector.

So, Facebook is the expiatory victim of a sector which has, like the social network, built its business model on the personal data ?

“The whole system is vulnerable to manipulation,” says The Center for Humane Technology, an organization founded by ex-personalities of the “tech” (Roger McNamee), who want to denounce its abuses.

What is certain, say many experts, is that the problem goes well beyond the social network, notes analyst Rob Enderle.

“All they want, it is the advertisers, and the user is ultimately a slave to digital. This week it was Facebook but it could be other, Google, Twitter, or even Apple (NASDAQ:AAPL),” says this specialist technology groups.

Platform booking of cars such as Uber are also relying on the personal data, which are essential to the development of the autonomous car. The giant e-commerce Amazon (NASDAQ:AMZN) also accumulated a mountain of data.

Hence the question, where will these torrents of criticism and the promises of the technology groups — starting with those of Facebook– in a world where technology is part of the daily life of a good part of individuals, such as companies or governments.

“Is it that they can go further to protect your personal data ? Absolutely not. Because it is all their financial viability, which is dependent on the use of your data. (…) Without this, they would earn more money,” says Karen North, professor of digital sciences at the University of Southern California (USC).

As for the advertisers, they “could have an impact if they would stop … do the pub. But they can’t. Advertisers have much more need of Facebook” than the reverse, is Scott Galloway, professor from New York University.

The idea that is becoming more prevalent is that the changes must come from the outside as “self-regulation doesn’t work,” notes Jennifer Grygiel, a specialist in social networks at the University of Syracuse (is).

It is the purpose of the european Regulation on personal data protection (RGPD), which should enter into force in may and that could complicate the business of technology groups, at least in Europe.

In the United States, The Center for Humane Technology, among other things, said to battle to “the governments (put) pressure on technology companies”.

Mark Zuckerberg himself is not said completely closed to more regulation, even if it remains rather vague. “There was no reason that the sector of advertising on the internet is subject to fewer transparency requirements that advertising on tv or print,” he told the Wall Street Journal on Thursday.