Facebook, Inc. (FB) missed the earnings per share (EPS) estimates when it reported results after the closing bell, on the 29th of April. The stock gapped higher on April 30 and moved above its monthly pivot at $202.60 as May began. The upside potential is at its semiannual risky level at $225.99, which would be a new record if the trial.

The social media giant has missed EPS estimates in two of the last four quarters, primarily on the warnings related to advertising revenue. The stock is not cheap, as its P/E ratio is high at 28.94 without offering a dividend, according to the trends. 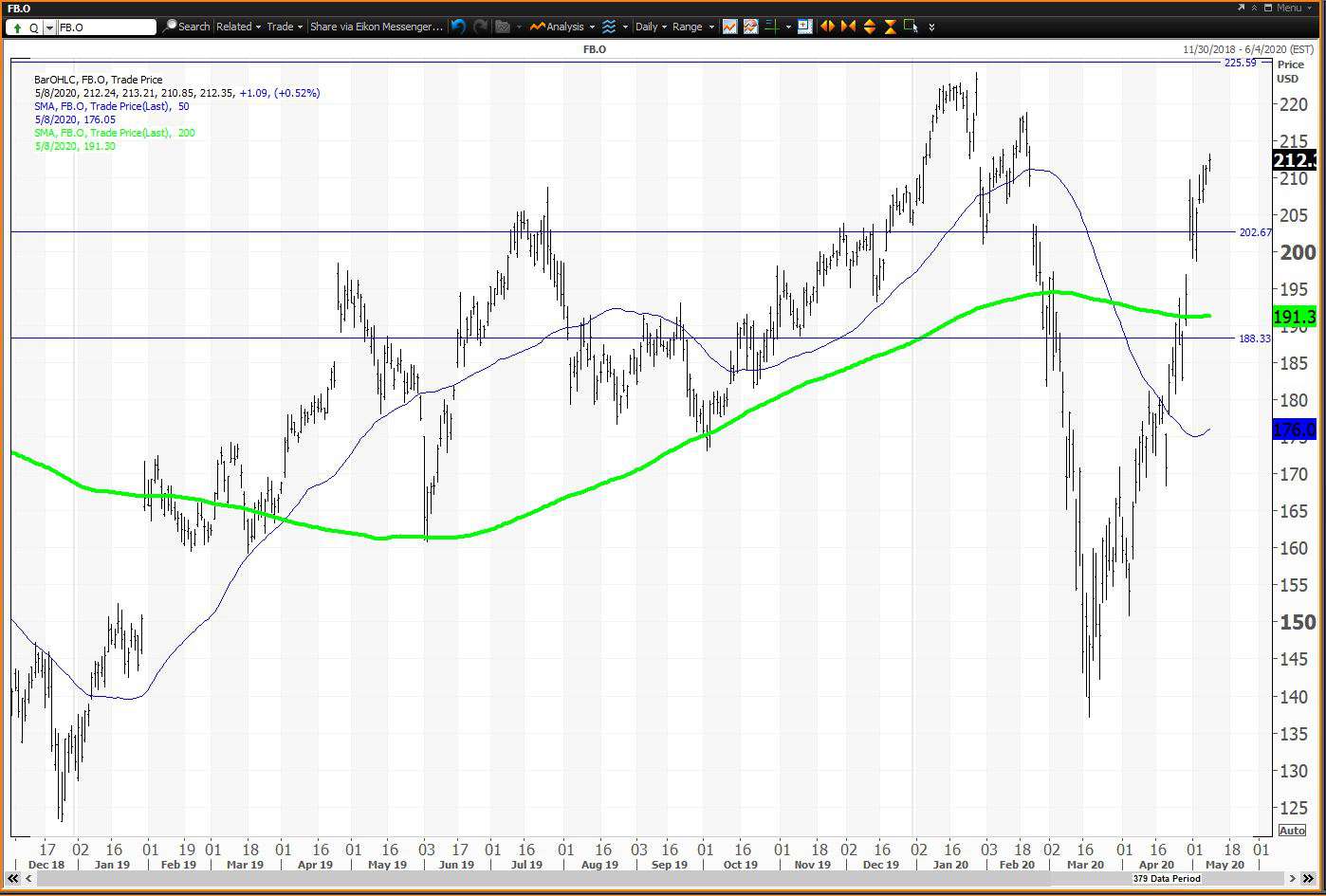 The stock made its intraday high of $224.20 on Jan. 29 in anticipation of a rise in the earnings report released after the close of the day. The good news was assessed to this rate, and the stock gapped lower on Jan. 30. This price gap has been filled on the force and on Feb. 20. 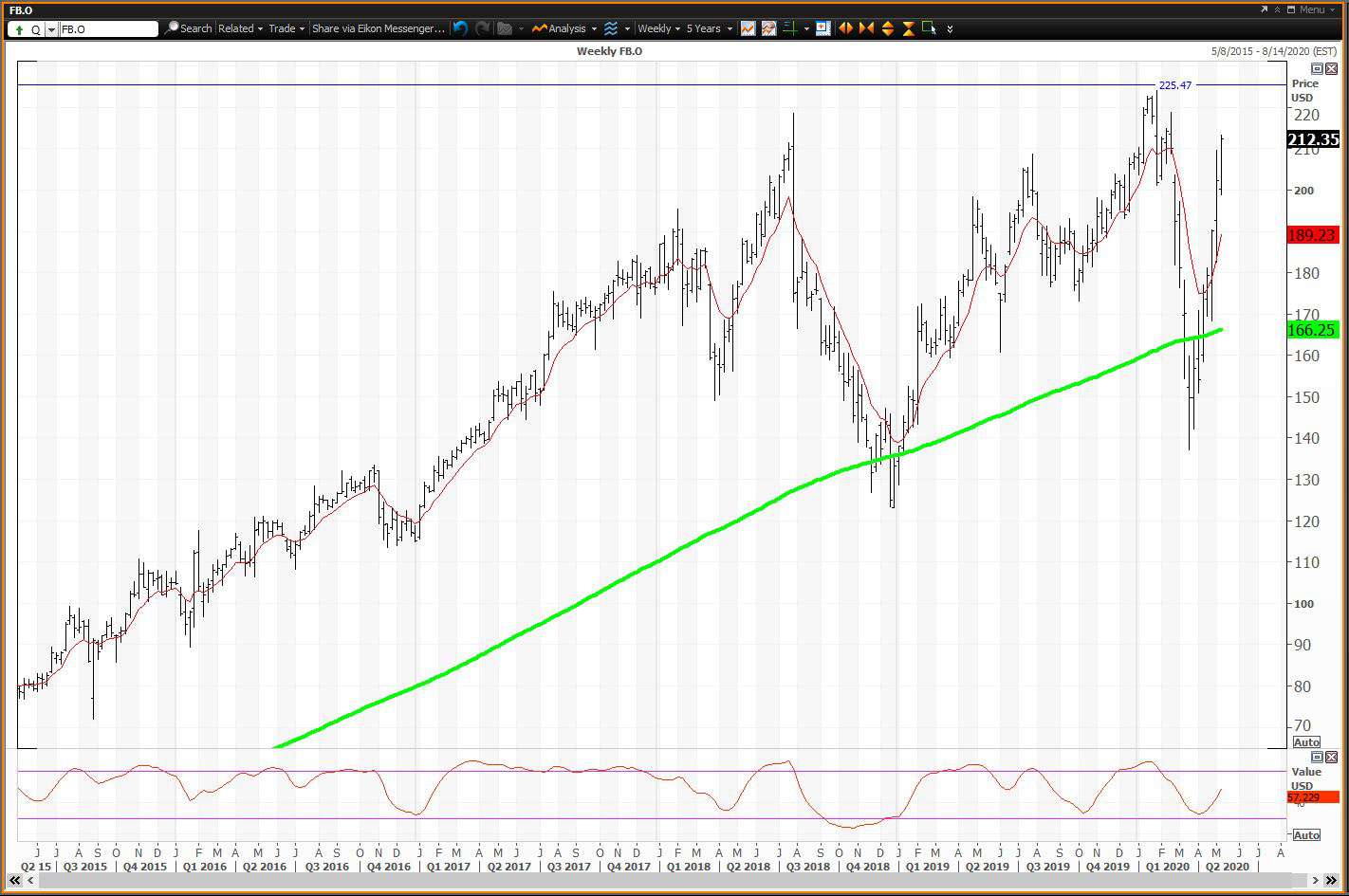 The weekly chart for Facebook is positive, with above its five-week modified moving average of $189.23. The stock is also above its 200-week simple moving average, or the return to the average, to $166.25. This average provided a buying opportunity between the weeks of March 13 and April 10.

The 12 x 3 x 3 weekly slow stochastic reading is increased to 57.23 last week, an increase of 46.38 1 May. In the month of January, this reading has been above 90.00, which has put the stock in a “swell parabolic bubble” of the training, and bubbles always pop.

Trading strategy: Buy Facebook shares on the weakness of the monthly and quarterly value levels at $202.60 and $188.31, and reduce holdings on strength to semiannual risky level at $225.49.