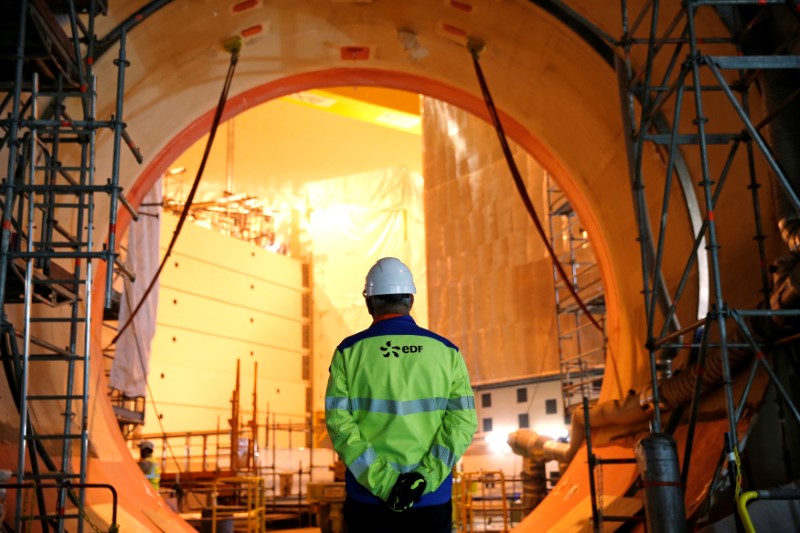 © Reuters. EDF: REPORT OF THE commissioning OF The EPR OF FLAMANVILLE

PARIS (Reuters) – EDF (PA:EDF) announced on Wednesday the postponement of the commissioning of the EPR of Flamanville, for which the bill is heavier because of the repair of defective seals on the future nuclear power plant.

at the end of December 2018, the operation is postponed to the 4th quarter of 2019 and the target construction cost is increased from 10.5 to 10.9 billion euros.

The start of the practice known as “hot” reactor is scheduled before the end of the year 2018.

“The impact on the operation of the two reactors of Fessenheim are the study, particularly in the light of the law on the energy transition,” adds EDF, thereby implying that the closure of this plant should also be postponed.